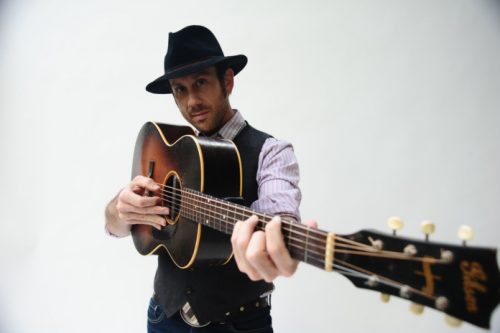 “You Can’t Put Your Arms Around a Memory” is probably Johnny Thunders most well known solo track.  The New York Dolls’ guitarist had one of the most successful solo careers of any of the Dolls, and possibly the most influential. Duff McKagan of Guns ‘n’ Roses covered this track for the Gunners’ The Spaghetti Incident and it’s also been covered most recently by Billie Joe Armstrong and Giant Sand, among others. Though a ballad, the original recording is typical Thunders, with a sloppy rock sound and a sing- or shout-along chorus. The latest cover, by Kris Gruen, is considerably softer and more ballady.

Gruen is a Vermont-based singer-songwriter who put out his debut album in 2018. He strips Thunders’ most famous song down its bare bones, with just guitar, piano, lead vocals, and backing vocals on the chorus. The pace is a little more deliberate too. The biggest change, though, might be in the chorus, where Gruen plays with the melody enough that you can no longer shout along too it. The song builds to a bigger climax than you might expect but, if anything, that just adds to the emotional tug.

The result is pretty, personal and fittingly autumnal version of the classic. Listen below: