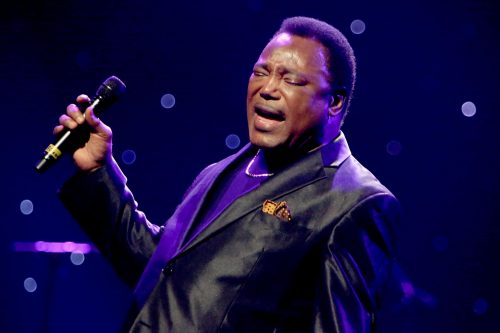 These days George Benson is primarily remembered for his soft-soul hits from the ‘70s and ‘80s. Two of these songs — “Give Me the Night” and “Turn Your Love Around” — have ended up on Yacht Rock playlists in recent years. But there are multiple chapters to Benson’s career. The singer/songwriter and virtuoso guitarist’s debut album came out in early 1964, just a few months after the Beatles first appeared on The Ed Sullivan Show. In addition to his many solo records, he has played with the likes of Miles Davis, Aretha Franklin and Stevie Wonder.

He has kept recording and releasing albums at a brisk pace well into the 2000s. His newest release is a live album entitled Weekend in London (the name is a nod to his 1978 live album Weekend in L.A.). On the new record, Benson included a rendition of Donny Hathaway’s “The Ghetto,” a track Benson first recorded for his 2000 album Absolute Benson.

Hathaway had a short, yet brilliant career as a singer/songwriter, producer and arranger. Comedian Kenan Thompson cited him as a favorite in the most recent issue of Entertainment Weekly saying, “Greatest voice I’ve ever heard besides Whitney’s and Aretha’s. Wanna cry and not know why? Donny!”

Hathaway first released “The Ghetto” on his 1970 album Everything is Everything. The song blends elements of soul, funk and Latin pop as Hathaway and his group chant the words “The Ghetto” over and over again. One can interpret it as a message song, a protest song, a rumination on American life and even a celebration of community. Five decades on, it still feels like a call to action, making Benson’s cover all the more relevant.

Benson keeps the light funk and Latin soul groove of the original. He switches up the arrangement, using less keyboard and conga and more guitar licks. Towards the end, he includes a brief snippet of “Oye Como Va,” the Latin pop standard written by Tito Puente and transformed into a rock classic by Santana. The cover serves as both a great tribute to Hathaway and a showcase for Benson’s still thriving talent.

To learn more about Donny Hathaway’s music, check out this career retrospective by Hope Silverman.