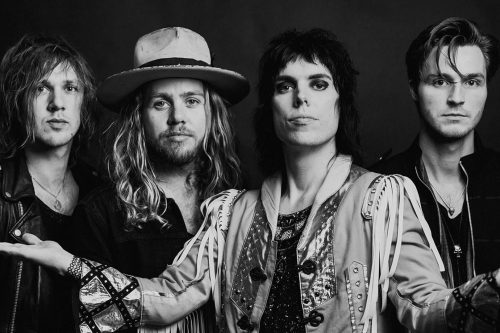 Originally released on Kiss’s 1976 masterwork Destroyer, the song is almost a work of self-parody (if Kiss were capable of such a thing). The band laments about the trials of being a rock star. Between all the parties, limousines and private planes, the four lads in spandex and makeup were concerned that the beautiful women they were bedding may not have been totally honest in their affections. So they ask the question, “Do you love me?” again and again.

The Struts’ cover does not veer too far from the hard-rocking original. Luke Spiller sings with the bombastic bravado of a ‘70s frontman. His accent propels the song into British glitter rock territory. It’s a fun throwback to a simpler time (such as 1976…or 2019), when bands could party with impunity!

Click here to listen to more covers by the Struts.