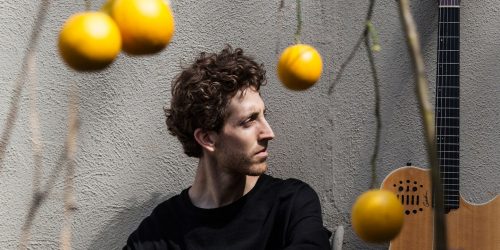 2020 isn’t over yet, and we’re already longing for those bygone days of 2019 when “Old Town Road” mania swept the globe. Since its chart run last year, Lil Nas X and Billy Ray Cyrus’ smash country-rap hybrid has inspired multiple covers from across the musical universe. The latest to throw on a metaphorical pair of Wranglers and take his horse to the “Old Town Road” is jazz musician Sam Gendel. It might not be the best cover of the track, but it certainly is one of the oddest.

Gendel included the cover on his latest album DRM. Without the title, it’s likely that one would not immediately identify the tune. Clocking in at just under two minutes, his “Old Town Road” is over before you can quite get your mind around it. His dreamy take on the song leans more to new-age territory than jazz. Performed on an old German analogue synthesizer, the melody comes across like the soundtrack to a lost ‘80s arcade game.

Gendel released the track with a trippy video that features him dancing to filtered sunsets, mountains and on the beach. Not exactly what Billy Ray and Lil Nas X had in mind, but we’ll take any type of escapism we can get right now.