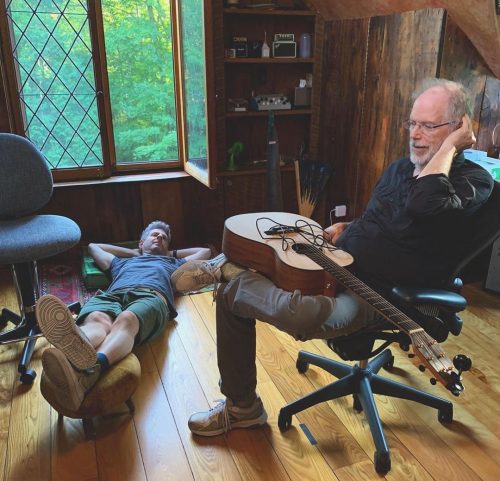 Released in March of 1966, “Eight Miles High” was one of the Byrds’ biggest hit after they abandoned their signature folk rock for riskier sounds. It is also a convenient signpost for the beginning of the Psychedelic Era – whether or it it was actually the first truly “psychedelic” song, with its droning bass and its free jazz-inspired guitar fills, it was pretty close to the first hit song to so clearly embrace both Indian music and jazz. It’s a landmark, in other words; arguably one of the most important singles of the decade even if it wasn’t a Top 10 hit. (A radio ban due to its controversial lyrics is usually credited for this lack of commercial success.)

Before the Byrds were a psychedelic band they were a folk-rock band, of course, famous for their “jangle” that has inspired numerous bands both in the ’60s and in the ’80s/’90s jangle-pop revival. And one of the fascinating things about the Byrds of the late ’60s is the sound of a band growing from a folk rock band into a psychedelic band and then a country rock band. There are songs on their albums from this era that try to incorporate two or even three of those things.

So it should come as no surprise that there exists a folk cover of their most notorious song. After all, this song which literally ushered in the era of Indian sounds in pop music was written by folk musicians who had taken up rock music only in late 1964.

Leo Kottke, the legendary acoustic guitarist, has been playing a version of this cover for years. And he actually sings on this one! (Kottke normally plays instrumental music and only occasionally sings. He has an album literally titled One Guitar, No Vocals to give you some idea of his commitment to instrumental music.) On this version he is joined by Mike Gordon of Phish, with whom he recently released an album.

Their version abandons the drone for a more traditional bass line and a pace not far off what the Byrds might have performed at if the song had stayed in their folk rock niche. Instead of McGuinn’s Coltrane-inspired runs, Kottke adds an extended instrumental break with his trademark finger-picking. The result is something close to what we might imagine as akin to the original version of the song, before the Indian and jazz influences transformed it into a revolutionary piece of work.