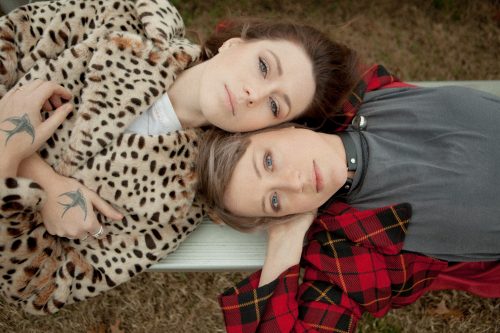 “Fly Away”, the fourth single from Lenny Kravitz‘s fifth album, was one of his biggest hits, and the biggest since “Are You Gonna Go My Way”. Arguably the two most iconic parts of the song are the song’s simple riff and what sounds like a slap bass. But both of these are completely absent in the new semi- acoustic cover by roots outfit Larkin Poe.

Larkin Poe are a roots rock band from Georgia who evolved out of the bluegrass trio the Lovell Sisters and have logged a lot of time playing with Elvis Costello. Their “Fly Away” cover, off covers album Kindred Spirits (out Nov 20), begins with dobro and electric guitar, with barely any inkling of the famous chord sequence. Lead singer Rebecca Lovell takes the verses at roughly the same pace as Kravitz but a little less staccato. It’s only in the chorus where the song really reveals itself. Each chorus is followed by a break not in the original, where the band jam the song like a conventional blues song.

Check out our 2016 interview with Larkin Poe about some of their best covers.