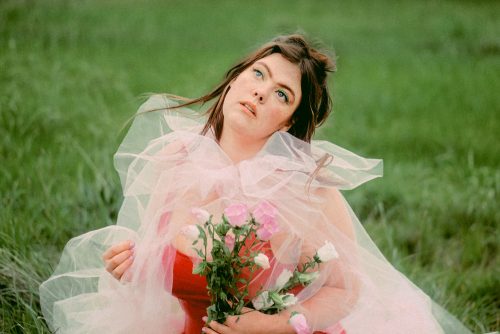 Melbourne-based pop artist Elizabeth – just Elizabeth – has released a cover of Fleetwood Mac’s “Go Your Own Way” as a bonus track on the upcoming deluxe edition of her debut album The Wonderful World of Nature, whose sunny pop melodies overcast with heartbreak prompted comparisons to Lana Del Rey. Released almost a year after her debut, this cover continues to solidify Elizabeth as a promising Australian singer-songwriter.

Elizabeth has named Stevie Nicks as one of her “ultimate idols,” saying, “I have loved this song since I was a teenager, and I totally identify with this sentiment.” This certainly comes through in the cover; the vulnerability in Elizabeth’s voice over a lonely piano paints a portrait of a young woman tentatively responding to Nicks’ fierce encouragement on the much more upbeat original track. This cover highlights the quality which makes Elizabeth so compelling as a solo artist, and so much more than a Lana Del Rey comparison: her ability to find the vulnerability, the humanity, behind lyrics which embody such strength.