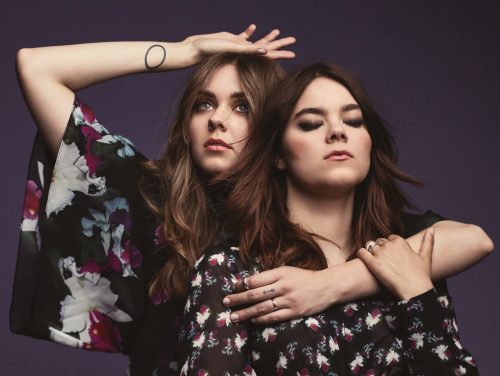 First Aid Kit has made their fair share of appearances on Cover Me over the years. This time their beautiful cascading voices cover Ted Gärdestad’s “Come Give Me Love.” The band’s signature is bright 70s folk sounds, and “Come Give Me Love” is right up their alley. They covered the song in the original Swedish and English with their own version of the translated lyrics.

Gärdestad is described by First Aid Kit as a “Swedish National Treasure.” The original track was produced by Björn Ulvaeus and Benny Andersson of ABBA. Ted Gärdestad takes claim for creating the melody while his brother Kenneth Gärdestad is the author of the lyrics. No wonder the Söderberg sisters took to the song so well, their own musical career mirroring Gärdestad’s. Both Swedes got into music as teenagers and write songs with their siblings.

First Aid Kit retained the soft blending of melodies and add intertwining vocal harmonies between a plucky guitar. They take the hint of sadness from the song and make it sound sparkling and shimmering. First Aid Kit covered the song for The Swedish Cancer Society’s launch of their annual pink ribbon; the sisters also designed this year’s pink ribbon for the cause.

Listen to both the English and the Swedish covers below.