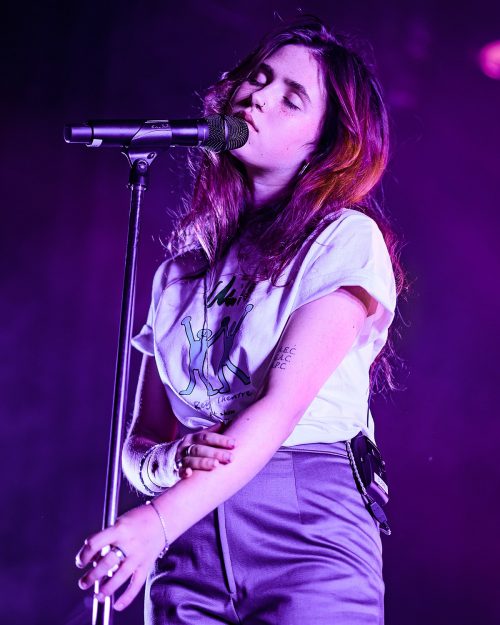 Clairo has been busy. Although the 22-year-old viral pop star has not released any official music since her 2019 album Immunity, she has been uploading covers and demos to Soundcloud. Her newest is a version of The Strokes’ “I’ll Try Anything Once” with Jake Passmore of the London-based indie band SCORS.

“I’ll Try Anything Once” was the B-side of The Strokes’ 2006 single “Heart In A Cage,” and served as the demo for First Impressions of Earth‘s “You Only Live Once.” “You Only Live Once” is fun and upbeat, but “I’ll Try Anything Once” is prettier, with more delicate harmonies than normal for The Strokes. It’s become of a cult favorite for Strokes fans and was also covered by Haim back in 2013.

Clairo and Passmore harmonize beautifully in this lo-fi version of an already chill song. She retains the longing of the song without the urgency Julian Casablancas conveys. The production quality is raw and seemingly unedited. Clairo’s throat clear, and small laugh mid-song is caught on record. She draws the listener in, as if she is a close friend sitting on the floor serenading a small group of friends.

Listen to Clairo’s “I’ll Try Anything Once” below.