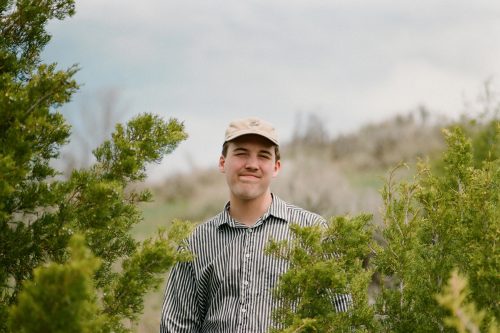 Utah-based teen band turned solo project Ritt Momney has released a cover of Corinne Bailey Rae’s R&B hit “Put Your Records On.” Only 20 years old and one LP into his career, main man Jack Rutter has seen this breakthrough hit land him a major-label record deal. Originally released independently in April, the summery track achieved viral success on TikTok – it currently has over 23 million streams on Spotify. In a Rolling Stone interview, Rutter described the track’s popularity as “an almost overnight shift”.

The production has a very different kind of effervescence here than in Rae’s 2006 classic. The filters which warp Rutter’s vocals and the synths which chime into the instrumentals subvert the down-to-earth quality of the original. While Rutter’s voice lacks Rae’s earthy grit, he retains her laid back delivery. Keeping a similar drum line also allows this cover to retain the soulful quality of the original whilst being undeniably unique and fresh.

Beyond its viral success, the cover signified a moment of hope amidst challenges for Rutter, who said that between COVID and his own struggles with depression he “couldn’t handle writing a depressing song… I started playing around with the idea of manifesting happiness instead of projecting my own sadness. It was pretty therapeutic.”

Check out more from Ritt Momney at his website.