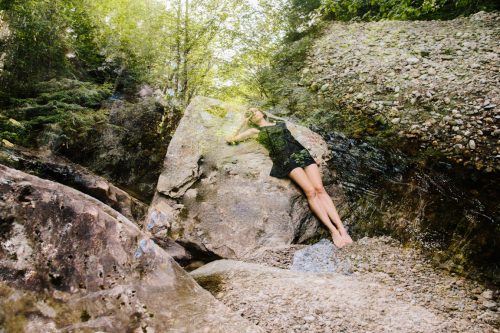 “The Book of Love” is the Magnetic Fields’ most-covered song, and it’s not even close. Covers database SecondHandSongs reports 27 officially-released versions, and that’s not counting the hundreds or thousands that have been played live at weddings. (The second most-covered Magnetic Fields song in their database has only five covers listed). The most prominent “Book of Love” cover is probably Peter Gabriel’s 2004 orchestral version, which now has inspired its own cover – a cover of a cover.

Laura Heaberlin is one-half of Vermont folk duo Cricket Blue. On her “Book of Love,” though, she drops the acoustic guitar in favor of cello. A lot of cello. She reimagines Gabriel’s cover if that orchestra he used was all cellos, layering seven different cello parts atop each other. That maybe sounds like a gimmick, but it works beautifully.

“I was supposed to play this song at my friends’ wedding this summer,” Heaberlin says (see what I meant about this song and weddings?). “With the pandemic, that wasn’t able to happen, but I wanted to make something festive for Ben and Meghan for their would-have-been wedding day. I took the opportunity to arrange the song differently from how I could have played it in person. It was fun to get reacquainted with my cello, which I haven’t played much in years! And it was also fun to spend so much time with this song, which somehow is incredibly earnest and also doesn’t take itself too seriously at the same time. I hope to carry some of that unusual combination into my own future songwriting.”

Watch the video exclusively below, and check out more of Laura’s work with Cricket Blue here.