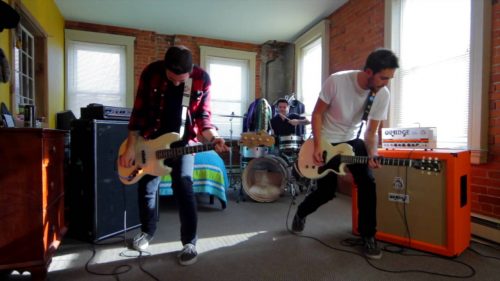 The Clash are arguably one of the pioneers of punk rock, laying down the formation for the next 50 years of punk and its derivatives. In honor of what would have been Clash lead signer Joe Strummer’s birthday last week, New Jersey-based alternative rock band Lost in Society have released the EP Casbah Club. The EP contains covers of three Clash songs: “Police on my Back”, “Rock the Casbah” and “Death or Glory.”

Lost in Society don’t change much of the track’s structure or sound, but add modern and heavier element to the tracks. This doesn’t work so great on “Rock the Casbah”, but amplifies the power of “Police On My Back,” which The Clash themselves covered from the original by The Equals (which in this writer’s opinion is the best version!). They didn’t reinvent the wheel, but they give all of us who love the Clash and love Clash covers a fresh excuse to listen to these great songs.

Listen to “Police On My Back” below, and the rest of the EP on the Wiretap Records Youtube channel.