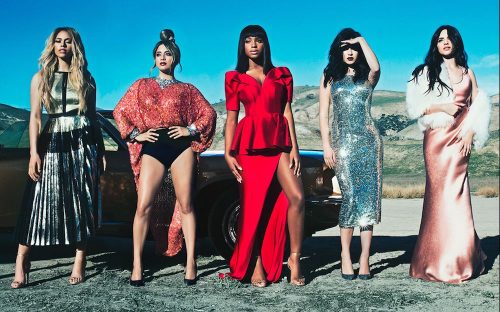 Now this song is back in our heads, taunting us as many of us are in fact working from home. These three covers span the range of emotions you may feel from your new workspace.

A piano cover by YouTuber ViEss is good.

A metal version by a brother duo from Naro Studios is best.

When no words can describe your day, you need a nice instrumental cover to get you through. This rendition has all of the elements of the original’s sound and is performed with strength and confidence. Even Ty Dolla Sign’s rap part gets translated into a dainty piano line. This version has a slightly somber tone, but that mood change also adds an air of class to the aspects of the song that some may find scandalous.

The mellow string interlude is a little deceptive. This cover kicks into gear and becomes pump-up jam worthy with drum beats and electro-pop elements. Clean Bandit keeps the tempo up and brings the range of the five Fifth Harmony members all on her own. The strings keep up the distinctive beat with pizzicato. There is even a nice “Gotta Get Thru This” interlude to further inspire you.

This cover’s energy may be the most relatable. It has some “Misery Business” ambiance in the beginning and changes up the background beat to match the cover’s initial pop-punk approach. The first half of the song stops short of heavy metal screaming (feel free to do that on your own), but then when Ty Dolla Sign would be changing the song up in the original, we are hit with some full on doomsday metal growls that further escalate the intensity. This metal interpretation doesn’t feel overdone and is a testament to the versatility of a Fifth Harmony bop.