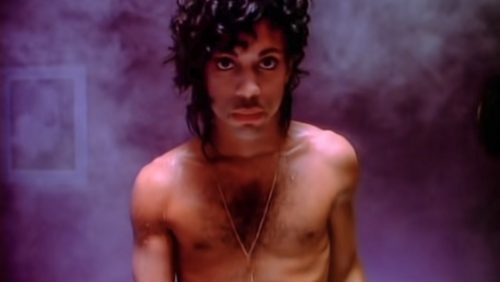 This is the cover that first comes to mind when I think of great homages to “When Doves Cry.” There was a period of time where this version was on repeat for me, and I’d chime in with echoes of “she’s never satisfied” and “so cold” as I was working. Right from the beginning the mandolin/upright bass combo draws us in. The crowd doesn’t know what to expect, but as soon as the lyrics start, the genre-bending mystery is revealed. When Jarosz starts her mandolin solo, she puts a whole new spin on the original’s guitar solo shredding. The bass player also takes his turn showing off (despite the original notably not having a bass part), and the result is more of a homespun groove than the ’80s dance hall vibe of the original.

And then I found Patti Smith’s version of the song, and wow!  Her version has a mysterious ambiance that builds into a slow burn. It’s a more mournful take on the song and has the sound you’d imagine as an accompaniment to wandering around in the shadows. “How can you just leave me standing alone in a world that’s so cold?” indeed. With its much sparser production, you won’t hear any synths in this version, but you’ll still get short but impactful guitar solos (electric this time).

Razorlight, an English indie band, provide another mellow and stripped-down cover. Their approach is more focused on percussion, complete with guitar and bass plucks throughout. The opening piano set the tone, and orchestral strings appear in the periphery during the middle of the song to round out the sound. The vocals are unadorned and don’t reach for any of Prince’s original falsetto.

Shaman’s Harvest toyed with formally recording this, but decided it wasn’t “rock radio” enough. Alas! But we do get to hear this live version. The simple acoustic guitar, the light vocal echoes, and the occasional guitar run are restrained but evocative. You’ll be impressed by the control and the range in the guitar solos. The drums don’t emphasize the prominent beat of the original, but that allows the focus to remain on the emotional vocal performance of lead vocalist, Nathan Hunt.

I’m going to end unironically and perhaps controversially with Ginuwine. This cover appeared on his debut album, Ginuwine… the Bachelor and shows that the artist is so much more than “Pony.” Thanks to the production prowess of Timbaland, dove sounds were even included in the background of this version. That’s what I call attention to detail! Ginuwine brings the driving beat back, albeit slow jam-ified, and returns to the original song’s R&B vibe. We even get a few hints of falsetto runs throughout. His music video also clearly took inspiration from the original’s.