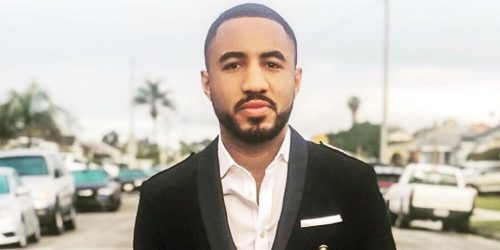 At a protest in Los Angeles, Jones was shot at by police, with a rubber bullet lodging underneath his eye, missing it by inches. In response, Jones got together with pianist Jon Batiste to cover U2’s most political track “Sunday Bloody Sunday” from their 1982 album War.

The original track was a hard, stadium rock anthem, with an iconic drum beat, a devilishly simple guitar riff and lyrics practically screamed from the depths of hell by Bono. It’s a track of pure anger and frustration at the violence expressed at the political turmoil named ‘The Troubles’ in Ireland at the time – which has some parallels in today’s environment.

Jones and Batiste’s cover transforms the original into more the vein of soul protest songs like “A Change Is Gonna Come” and “What’s Going On.” Jones’ vocal has the same passion and message as Bono’s, but with a deeper layer of sadness over the track. Chimes replacing the signature drum beat for a chilling effect.

The video is interspersed with excerpts of John Lewis’ Speech for the March of Freedom in 1963, vision of Bloody Sunday in Derry in 1972 and footage of recent protests, highlighting that these problems are hardly new, and the significance of the track even today.