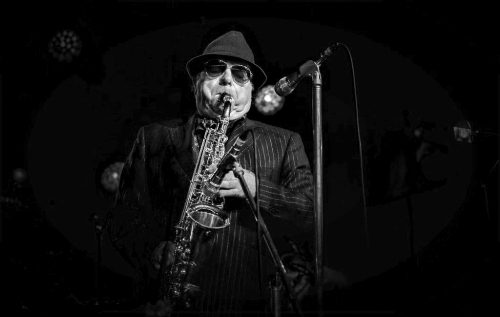 It’s a fantastic time to be a Van Morrison fan. Between Aug. 3 and Sept. 15, Ireland’s Hot Press Magazine is posting 75 new covers of Morrison’s songs by Irish artists. The YouTube event is in celebration of the Belfast native’s 75th birthday today. Most people will recognize a couple of big-name artists mixed in with many up-and-coming Irish musicians participating in the event.

The event kicked off Aug. 3 with an Andrea Corr cover of “Moondance.” Her paired down version showcased her soothing voice with only the gentle strum of a ukulele in accompaniment, a big contrast from The Corrs’ usual bouncing pop-rock. Another early high point is Wyvern Lingo’s complex cover of “Domino,” molding sounds of the piano, guitar, and drums to their high warm vocals.

Hot Press is currently posting two new covers a day, but today, Morrison’s actual birthday, whopping 11 different artists will be performing including Irish President Michael D. Higgins with “Rave On John Donne,” Van Morrison collaborator Bob Geldof with “I’m Tired Joey Boy,” Glen Hansard with “Astral Weekls,” and Hozier during the finale with “Caravan,” among others. Covers will continue to be uploaded until Sept. 15th with names including Imelda May, Damien Rice, Bronagh Gallagher, Gary Lightbody of Snow Patrol, and Una Healy from The Saturdays.

The only tragedy: so far, no one has covered “Brown Eyed Girl.”

Find some of the highlights below (including a few of today’s big names which, as of this writing, will premiere in the next couple hours) and watch the rest here.