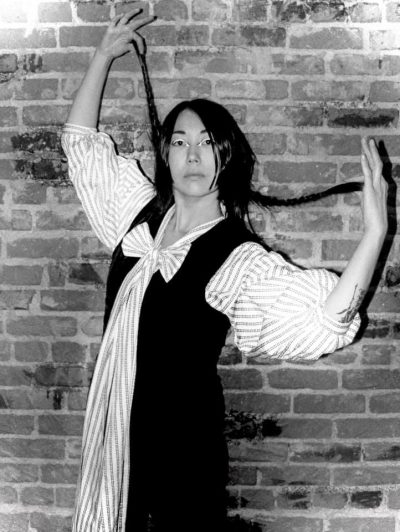 “Toxicity,” the second single from the album of the same name, was System of a Down’s biggest hit to date, helping to briefly establish them as one of the most commercially successful metal bands of their era. Since then it’s become a bit of a metal classic – please don’t call it nu metal – and a favorite cover for YouTubers. The song perfectly captures the band’s legendary dynamics of accessible, melodic verses with manic, pummeling choruses.

SASAMI is indie-pop singer-songwriter Sasami Ashworth, probably best known for playing keyboards in Cherry Glazerr. But on her cover of “Toxicity” she strips away the dream pop haze and the program beats and uses only her voice and guitars. SASAMI omits the overture altogether and takes the melody of the verse, with a slower pace, to guider her version.

It’s a quiet, contemplative song with none of the explosive energy of the original. Instead, her mournful voice increases the emotional pull of the lyrics, whether they’re about greed or poison.

The song has been released as part of Soccer Mommy and Friends’ Singles Series.