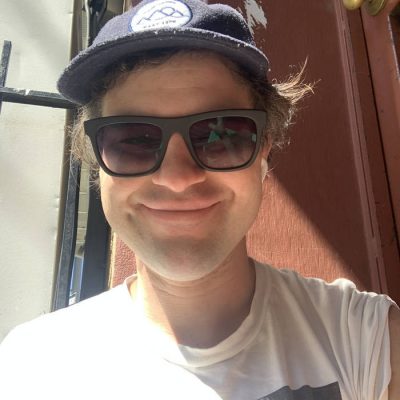 The most basic, clinical way to describe singer-songwriter-guitarist Ryley Walker’s signature sound would be to liken him to legends like Bert Jansch, John Martyn or Michael Hedges. Which is to say he’s jazzy, folky, eccentric and joyfully unpredictable. But the ideal way to describe his sound requires that we get flowery and overly sentimental for a second: He infuses such an undeniable brightness into whatever he plays that he quite literally sounds like the sun peaking through the trees on a quiet street in the summertime.

On his new cover EP, titled, yes, covers, his slips his beautifully optimistic style onto tracks by Grouper, Cass McCombs, Isotope 217 and Amen Dunes. You don’t need to be familiar with the originals here to appreciate the EP’s sweet, embraceable sound. In fact if you aren’t, Walker’s engaging versions of these tracks might inspire you to check out the originals (in which case you are in for a treat).

Hearing Grouper aka Liz Harris for the first time can be a bit of a spiritual experience. Describing her music as transportive almost undersells it. Her 2008 album Dragging a Dead Deer Up a Hill remains a stunner, full of spare, hypnotic dreampop. In Walker’s acoustic instrumental cover of that album’s lynchpin track “Heavy Water/I’d Rather Be Sleeping,” his bright, beautiful playing floods the already gorgeously emotive and pretty perfect song with an undeniably bright and beautiful light.

Cass McCombs is an underrated and outrageously gifted songwriter, and all nine of his studio LP’s are worth exploring and indulging in. Walker’s version of McComb’s “Robin Egg Blue” is fairly faithful to the original, but he approaches it from a less poppy place than McCombs, turning into a delicately, skipping acoustic ballad.

On his version of Isotope 217’s “Real MC’s”, Walker reshapes the shuffling and spare piece of post rock into a compelling, edgy acoustic number that brings to mind the aforementioned Michael Hedges superfine Aerial Boundaries album from 1984.

Walker’s absolute love and reverence for the songs (and artists) featured on covers shows and dammit, it sure sounds good.

Sidenote: Walker is no stranger to the cover game, back in 2018 he recorded a version of childhood idol Dave Matthews Band’s fabled bootleg from 2001 The Lillywhite Sessions  in it’s entirety. Like the covers EP, it too is supremely handsome.