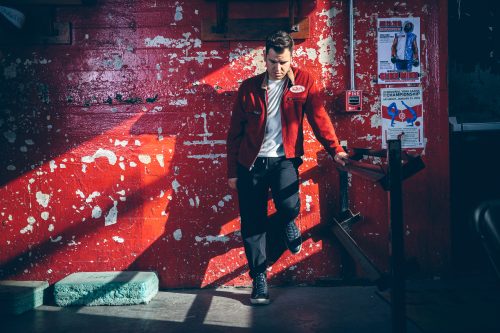 Though “Do It Again” was Steely Dan’s first hit, 48 years later it remains their second biggest, full of instantly-recognizable moments from the “Woodstock”-esque electric piano that undergirds the song, to lead singer Donald Fagen’s choppy delivery of “Back. Jack.” in the chorus. Most of us are more familiar with the radio edit, which shortens that intro and removes Fagen’s organ solo.

Eli Paperboy Reed is a New York-based soul singer who’s been active for about a decade and a half, receiving acclaim for his traditionalist approach. This cover of “Do It Again” was originally intended for use in Suits but was not used, so he has released it on Bandcamp instead. Inspired by fellow traveler Nick Waterhouse, Paperboy completely reinvents the song.

The electric piano is gone, replaced by a snaky guitar line backed by horns, neither of which would feel out of place in a Screamin’ Jay Hawkins song. The verses have almost a reggae-ish feel – perhaps something even pre-reggae, given the feel of the rest of the song. Paperboy retains the syncopation on “Back. Jack.” but otherwise sounds like it’s straight out of a ’60s soul recording. It’s as if it was recorded in another era and the Steely Dan version is a cover of some lost R&B nugget.