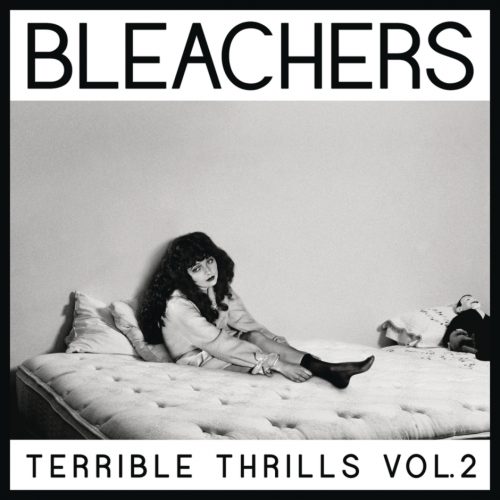 This song was one of the first ones to be created for the album and its creation set the tone for the rest of the album. You might also be surprised to hear it was inspired by a New Yorker article. In this cover we experience Emotion-era Carly Rae Jepsen in all her glory. Her distinctive tone pairs with the heavier dance club synth to add a little extra perkiness to this song. The energy builds with elements such as the more dramatic pauses after “if you’re feeling small.” If you still want Jepsen, but prefer a more understated version of the song, check out the MTV Unplugged version.

Buried in the middle of the album, potentially obscured by other hits like “Rollercoaster” and “I Wanna Get Better,” this sparse but impactful song takes us by surprise with simple and heartfelt lines like “I’d rather be sad with you than anywhere away from you.” Similarly, this version marks a turning point in the cover album. Lucius’s version is reminiscent of The Ronettes’ “Be My Baby” with its doo-wop style, but it maintains the laid-back mood of the original.

Originally, “Reckless Heart” is driven by the drums, but here the guitar first plays a more prominent role (perhaps due to King’s guitar abilities in addition to her strong vocals) before yielding to the power of the synth and backbeat. King’s sultry voice contrasts Antonoff’s deeper voice. This song is actually a perfect example of Antonoff’s songwriting process and motivation for having female cover albums:

i love female voices. i wish i had one. when i write songs i typically hear things in a female voice and then match it an octave lower so i can hit the notes. that’s why so many bleachers’ songs are sung so low.

In contrast to the original version’s faded quality during the middle and arguably most poignant part of the song, King’s delivery of the “Get out, stand back / If you don’t let go, you’re gonna break me” lines cut straight through. These lines alone make this cover stick out as the best re-interpretation contained in this volume of Terrible Thrills.

The original version of this song has the happy tune / sad lyrics combination of great songs like Robyn’s “Dancing On My Own,” and this was intentional. Antonoff explains: “I wanted it to be a song that if you put it on with a bunch of people, you could be like, ‘Oh, this song feels so good,’ with that beat and the melody and all that stuff. But if you lay in bed at home alone, you could listen to the lyrics and they’re all about loss and trying to move on without becoming too complicated a person.” Sia’s version emphasizes the mournful side, replacing the original’s fist-pumping kick-drum beat with somber piano and an emotional orchestra. Where the original song ends on remembering the light, Sia’s version allows us to dwell on trying hard without winning.

Natalie Maines – Who I Want You to Love (Bleachers cover)

This closing track feels a bit different from the rest of the album, starting with less production and closing with (if I’m not imagining it) the ambiance of  the ending of The Beatles’ “Hey Jude.” In the hands of Maines (of Dixie Chicks fame), this cover stays true to the more stripped quality of the song. Simple, but sonorous guitar (mirroring the same qualities of Maines’ voice) starts the song, then deeper percussion and a chorus of “ooh”s chime in. As the song transitions to the more dramatic ending, a slightly plodding but funky groove takes over with some guitar feedback sounds tastefully thrown in. In conclusion, we’re reminded to be grateful for the experiences that we’ve had.