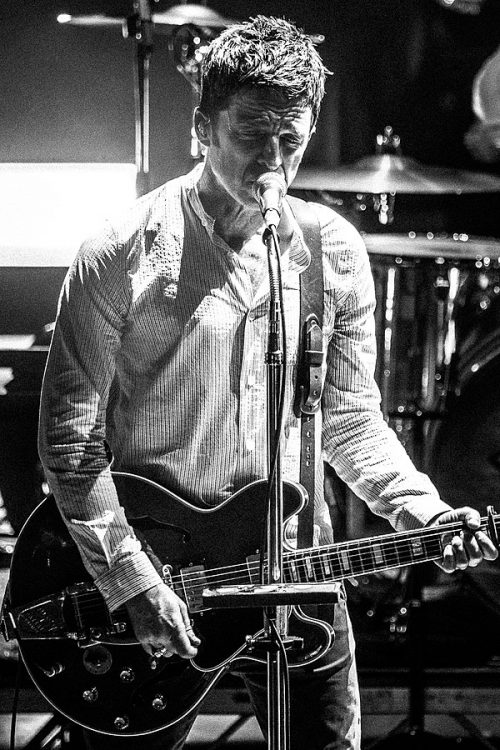 The fact that Noel’s songs are so beloved makes them endlessly coverable, and we’ve picked a few of the best to celebrate The Chief’s birthday. Happy Birthday, Noel!

Jake Bugg has often cited Oasis as one of his biggest influences, so it’s no surprise that he chose to cover one of their songs during an appearance on BBC Radio 1’s Live Lounge in 2013. His choice of “Slide Away” is inspired, and his quiet acoustic reading of the song reveals the stark ballad hidden beneath the bombast of the original.

While Oasis are more widely known for their stadium-sized singalongs, many of Noel’s earliest songs, like “Take Me Away” or “Sad Song,” are more introspective. One of the best examples of his early writing style is “Listen Up,” originally released as a B-side to the much rowdier “Cigarettes & Alcohol” in November 1994. The original version gets the usual Oasis rock treatment, but this moving piano cover from YouTube channel “the musicbod” strips the song down to its melancholy core.

Oasis may have split up more than a decade ago, but Liam Gallagher has been keeping the spirit alive by resurrecting some seldom-played classics from the band’s early years. Among the most interesting selections are tracks that were originally solo acoustic performances by Noel, never previously performed by Liam. One of the most surprising choices was early B-side “D’Yer Wanna Be A Spaceman?”, with Liam’s signature raspy vocals providing an interesting contrast to Noel’s original, softer reading.

Covering a beloved song by someone you grew up listening to is always going to be a daunting task, but what if that person was sitting just a few feet away from you? That was the situation James Bay found himself in when he performed “Don’t Look Back In Anger” in front of Noel Gallagher on the BBC Radio 2 Breakfast Show. To his credit, James keeps his cool, and even earns a round of applause from Noel at the end.

Want more Oasis? Read about the time The Killers covered “Don’t Look Back In Anger” here.

4 Responses to “They Say It’s Your Birthday: Noel Gallagher”