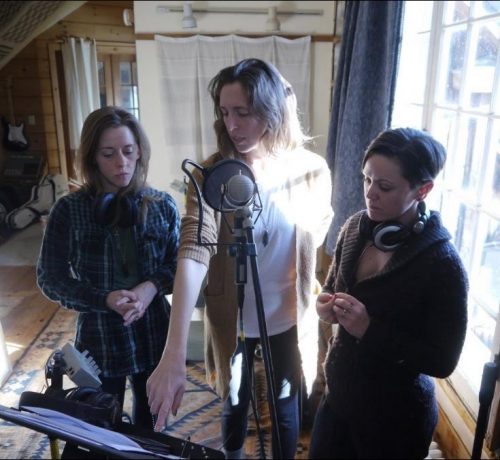 Stykos had never heard the original song, so her arrangement likely has a lot do with the drastic change in sound. The three singers, activist Kira Elliot, and friends Lindsay Hopkins, a performance artist, and Carrie Drapac, then recorded their vocal parts. They called their one-off group Venus and the Moon.

The result is a totally unique take on the song, from the opening drums and vocal to the instrumentally sparse choruses (instead of Trent Reznor’s dense metallic production) that highlights the women’s voices. It feels like a complete reinvention of the song. In the singers’ hands, the lyrics feel like a call to female empowerment rather than a rejection of materialism.