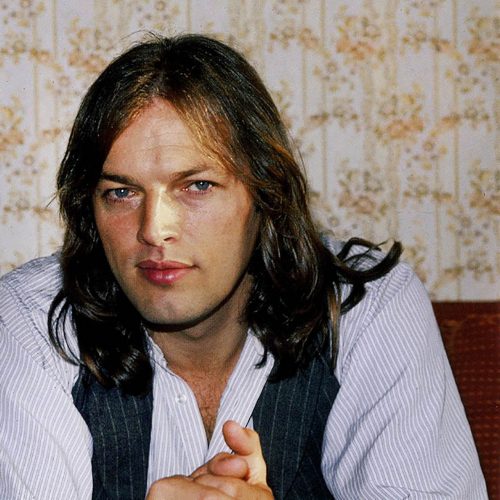 Wait, though: even the well-informed fans often overlook the basic facts: “There’s No Way Out of Here” is not a David Gilmour song either, and it’s not from ’78. The music and lyrics are by Ken Baker, whose band Unicorn recorded it in 1976 for their third album, Too Many Crooks.

It’s not as if Gilmour breathed new life into Baker’s song with Floydian creativity. Instead, the guitarist simply traces the original’s structure, mood, and timing almost entirely. The one imaginative step beyond Unicorn’s original conception is the addition of soaring female vocalists on the choruses and on the outro. Of course, it’s also true that Gilmour’s voice and guitar artistry are improvement enough; no need to reinvent an excellent piece of music. (As an aside, Gilmour also modified the song title slightly. Or did someone at the label make a simple error during production? At any rate, Unicorn had it as “No Way Out of Here.”)

Some further confusion surrounds the song, arising from the fact that Gilmour produced a few Unicorn albums, including Too Many Crooks. Gilmour even hired himself as sideman for the record. So, yes, you can hear Gilmour’s guitar and pedal steel contributions on some Unicorn songs, but not on the track in question. He had no hand in the original recording in any way, according to Baker’s happy recollection of the time. Gilmour only heard the song the morning after Unicorn got it down on tape. He heard it, Baker reports, and immediately announced he’d like to take his own stab at it some day.

At that moment, in 1976, Gilmour was on a roll in finding good new material. While involved with Unicorn, the guitarist also heard potential in some very rough demos from a complete unknown, a 16-year old named Kathy Bush. (The world would soon come to know her as Kate.) He went so far as to fund the re-recording of Bush’s demos, and passed them to his sound-engineering friend Geoff Emerick (of Beatles fame). Things escalated quickly from there—for Kate Bush, that is, not for Unicorn. Many years later, Gilmour belatedly wrote out a check to members of Unicorn for services rendered during the re-recording of those Kate Bush demos. By then they probably needed the money.

As for the David Gilmour album—his big solo debut, and the first such effort from any member of Pink Floyd—the sales didn’t exactly overwhelm. He even staged live performances of “There’s No Way Out of Here” to help promote it as a single. It flopped anyway. With the punk insurrection at its peak, Gilmour’s album may have seemed past its sell-by date even on the day it landed. Never mind the punks, he had friendly competition too: Kate Bush had released her first album a couple months ahead of Gilmour, but hers was met with massive acclaim. Its first single hit #1 in the U.K. Pretty good for a teenager.

It’s doubtful that Gilmour had much time for disappointment: Roger Waters was already coming around with early drafts of new material. Something about a wall.

As for Unicorn, theirs is a less uplifting saga. They never did capitalize on any reflected glory from the Pink Floyd association. Gilmour produced three of their five albums, and, even more than he did with Kate Bush, hooked them up with major-league management and record deals. Have a cigar, Unicorn. But despite their big break into the big time, the unique folk-rockers gained no real following, and the band was history even before Gilmour’s cover came out. Close, but no cigar after all.

It tells you something that Unicorn doesn’t even have an entry in Wikipedia. But if this bit of rock history piques your interest, by all means visit the one or two sources of more information that do exist, either here (a Floyd fansite), or over at Unicorn’s more or less official website.

If Ken Baker wishes Gilmour would return to the song on one of his live albums, no one could blame him (royalties!). Gilmour does periodically revisit his back catalog, after all. But no such luck for Ken. At least, not yet.

Curious about other versions of the song? You have to fast-forward several decades from 1978. It takes that long for “There’s No Way Out of Here” to kindle any interest in younger artists.

Monster Magnet covered the song in 2004, recasting it with way more metal than could have been imagined in the mid-70s. (More interestingly, they chose to discard the chorus entirely.) Now skip ahead another decade: Sam Beam (Iron and Wine) and Ben Bridwell (Band of Horses) join forces to give the song a spin on their 2015 covers collaboration, Sing Into My Mouth. Their version shows almost nothing of the acoustic folk spirit that you might expect from anything connected with Iron and Wine. A lost opportunity, perhaps, to take a pretty cool song in a new direction.