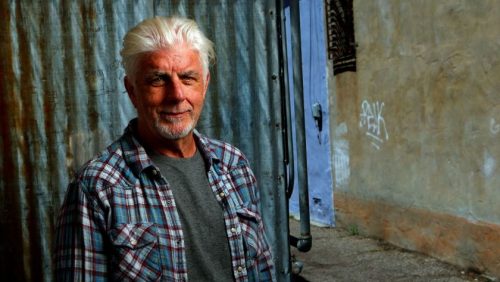 Those familiar with the solo recordings of Michael McDonald are no doubt aware that in the early aughts he released a pair of Motown-themed covers albums, aptly titled Motown and Motown Two. For some, the records were a passionate reminder of McDonald’s abilities as a vocalist. For McDonald haters, they felt like a long journey into the dark side of human existence. McDonald recently revisited this part of his past by unveiling a new live cover of “What’s Going On.”

As the title track to Marvin Gaye’s 1971 concept album, “What’s Going On” is one of those songs that needs very little introduction. A message song, a rumination on the state of the universe, and one of the greatest slow-funk grooves ever, the tune is almost in a category of its own. It’s been covered by hoards of artists, even McDonald, who first laid it down on Motown Two. Though a solid showcase for McDonald’s voice, that version was marred by the overtly glossy production.

Time has only improved his performance, as this new rendition plays like the track he should have recorded. He extends the cover to more than six minutes, opening with vocal fireworks. After the intro, he keeps the song similar to the original, with plenty of funk guitar, saxophone and horns. Just past the four-minute mark, he shifts into a Doobie Brothers-meets-Latin soul jam as if to remind listeners that he is still the Godfather of Yacht Rock.

Now, is this cover an essential addition to the McDonald’s catalog? Not really. Is it a solid reworking of a track and worth a listen during this time of quarantine? Absolutely.