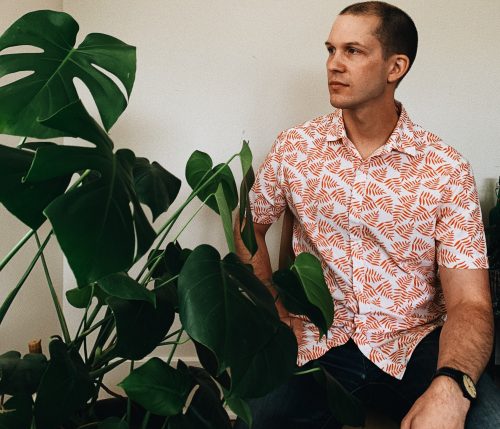 Tears for Fears’ 1985 hit “Everybody Wants to Rule the World” is one of those songs that feels quintessentially ‘80s. The high-pitched intro, the synth groove, even the images of the band singing it on MTV with their well-sculpted mullets — everything about the song captures the spirit of the decade, whether you were around to remember it or not.

The song has been covered by many artists over the years. The latest to lend his voice to the track is Oregon-based singer/songwriter Micah McCaw, who recorded it as the lone cover song on his new album Imbalances. “I just thought that it would be fun to include on the album and people seem to really respond to the song live,” McCaw told Cover Me in an email. “It’s nice to take a breath in a 14 song album, but beyond that I think the meaning and lyrics of the song still resonate with humanity.”

The first time McCaw heard Tears for Fears’ classic he was not enamored with it. “Then one day I was listening to the radio or watching a movie and just thought, ‘GEEEEZ, this is one of the greatest songs ever written.’ Ever since then it just became a song I wanted to cover when the time was right.”

McCaw added it to his setlist in 2017. Last year, just as he and his band were about to record it, Weezer included it on their covers record now known as The Teal Album. “I was a little bummed when Weezer released a cover of the song, because we already had plans to record it a week or two after they released the song. Fortunately, I wound up releasing it over a year later and I think I was able to put a fun spin on it.”

He keeps the iconic synthesizer and guitar riffs from the original intact, but his voice pushes it more into alt-rock territory. The song is punctuated by McCaw’s guitar solo, which appears about half-way through the track. “While, yes, we still used synth on this song, we wound up letting the bass and guitar really drive those synth parts and we really tried to let the drums be as crazy as possible. I’ve never been interested in carbon copy covers and I think we performed a unique take on the song.”

He recorded the song at Eleos Records Studio in Medford, Oregon. He handled the guitar work and was backed by Andrew John Lee Tevis on drums, Chris Heisner on bass and Jeremy Oliveria on the synthesiser.

For McCaw, the song served as an inspiration as well. He composed an entirely new instrumental track called, “Who Wants to Rule the World?,” which serves as a prelude to the cover. The original clocks in at just under two minutes, but feels like it could serve as the springboard for an extended live jam. “I really wanted to write a song that would provide a little tension before this well known song and would be a fun way to intro the song at live shows. It was also a great excuse to use the Septavox synth my wife got me for Christmas.”

McCaw released the album on March 13, just as the country was shifting into lockdown mode for the Coronavirus. “I’m very fortunate as I still have a job, and previous to this I was unable to book any shows following the release because my band was unavailable. Many musicians are not in the same boat and I hope they can work through this with as little pain and stress as possible.” To promote the album, he plans to perform an Instagram live show and possibly a full band run through of the album.

Click here to listen to more Tears for Fears covers.