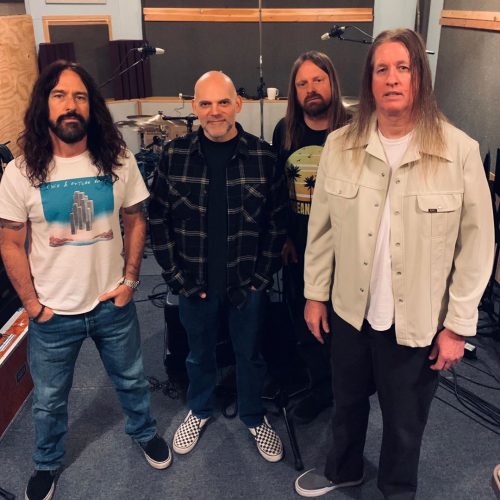 “Takin’ It to the Streets” marks a point of transition for the Doobie Brothers. The first single from the album of the same name, and the first song to be written and sung by new keyboardist Michael McDonald, the song signals a change from the earlier country-inflected boogie rock to blue-eyed soul and funk-rock. The original song is dominated by McDonald’s distinctive baritone, but also features a propulsive funky bass line.

Fu Manchu are a Stoner Rock institution at this point – they’ve put out 12 albums over the last decade and a half and hail from the genre’s epicenter, Palm Dessert. Fu Manchu strip out the funk entirely and remove basically any vestiges of the Doobie’s “yacht rock” sound on their new cover. The tempo of the verses and pre-chorus is slowed to a crawl, with McDonald’s piano melody transformed into a prominent melodic guitar hook, which carries the song forward and is the only thing outside of the lyrics and the chorus which lets you know what song this is. The soul is also gone from the chorus, which is otherwise the most identifiable part of this cover.

The result is a revelation, a catchy but lumbering reinvention of “Takin’ It to the Streets” as a sludgy head-banger, replete with guitar solos!