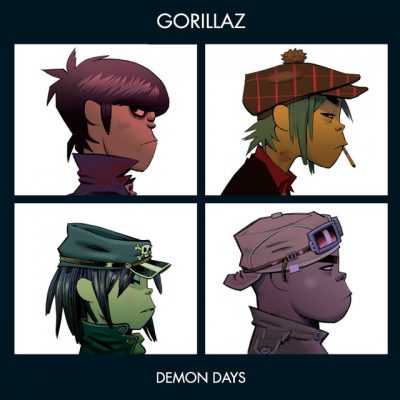 Seramic first got his start without his stage name, as Marcus Foster, writing a song for his friend Robert Pattison’s breakout movie, Twilight. Since then his style has changed from folk to funk, and that is what we hear in this cover. Seramic’s funky version has all of the components we expect from this song: the opening laugh, a steady groove, and a solid rap breakdown. We still hear the mixed-media style sound; however, this version is smoother and has a more mellow ambiance. We’re inspired to feel good and chill rather than feel good and rage.

filous is a producer and remix aficionado from Austria. Among his popular tracks is his remix of Selena Gomez’s “Same Old Love.” In this cover, he takes a different approach to the Gorillaz hit, changing up the beat and melody of the verses before easing back into the familiar chorus. The rap portions don’t make it to this version, but they would be a bit incongruous within this more dreamscape vibe induced by what sounds like techno-harp transitions between sections of the song.

Sticking to laid back interpretations of this song, here is a folk-ish version with a hint of samba attitude that ditches the heavy hip-hop elements of the original. A hint of high-hat remains to enforce the beat. Pavey, also known as Vera Blue and participant in the Australian version of The Voice, turns the rap lines into melody, complete with some scatting. Her light voice contrasts the deeper voices in the original and gives a fairytale quality rather than the darker anime universe built by the Gorillaz.

Little Simz is a British rapper whose style fits in nicely with the Gorillaz. Her second album was paired with a comic book and art exhibition, matching the animation approach of the Gorillaz. Little Simz also opened for the band during their Humanz Tour and provided vocals for “Garage Palace.” Here she performs a version of “Feel Good Inc.” that is precise and faithful to the original. The percussion and bass combination provides the driving force throughout. Little Simz maintains the traditional and smooth “windmill” melody in the chorus, providing contrast to the staccato, spoken-word approach to the verses.

Despite the overly-maniacal laugher in the beginning and throughout, this cover is sincere. We the Kings, of “Check Yes Juliet” fame bring a slight pop-punk tinge to this song. What starts as mostly a faithful cover, takes a turn with a slightly differing percussion in the middle of the tune and a self-reference in the rap portion. Then a more intense rock edge kicks in to close out the song.