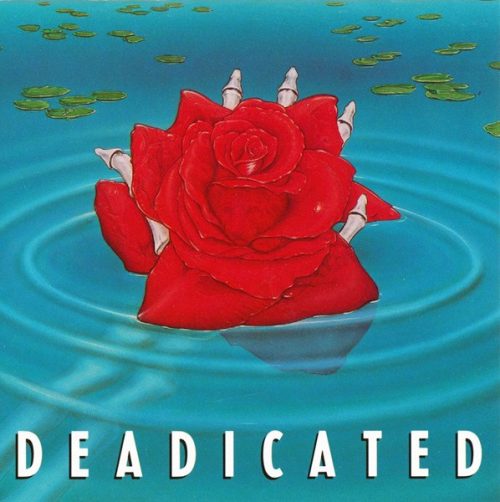 When Deadicated dropped in 1991, I bought it, unheard. The roster of artists included an impossible array of my favorites: Elvis Costello, Los Lobos, Suzanne Vega, Dr. John, Indigo Girls, Cowboy Junkies and more. Catnip and heaven combined. (Deadicated also served as a benefit for Rainforest Action Network, active to this day, a charity dedicated to the preservation of these vital once macro-climates, shrinking by the day through the scourge of deforestation.) 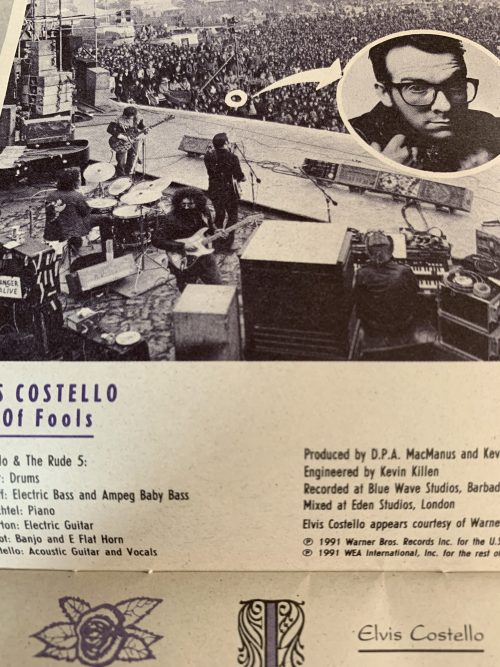 The idea for Deadicated came from Ralph Sall, a record producer, composer, songwriter, and screenwriter from Los Angeles. Mind you, back in the late ’80s, he was none of these, being a workaday executive for 20th Century Fox. Jacking that in, he saw himself as a music supervisor, one of those guys who curate and pick the music for films. Sall realized that dream, and it’s still part of his repertoire today. But he also had an idea about a tribute album to the Grateful Dead. Unaware that the band were themselves trying to commission something similar, he pitched the idea to a number of labels, including Arista. From there, it wasn’t long before he was meeting with the band, they jettisoning any earlier plans of their own.

The next task was to approach and recruit the artists, one aim being to winkle out of the woodwork some unlikely fans. And some expected culprits: Elvis Costello, always an uber-nerd of musical history, was openly a fan. (Yes, it is him, if you look closely, in that grainy photo from Bickershaw, in the front row and the rain, whilst the Dead play on.) Likewise, sometime Dead sideman Bruce Hornsby, then at the zenith of his solo success, was a natural choice. Others – Vega, Jane’s Addiction, and Burning Spear among them – seemed less obvious, if no less keen or adept. A success on release, with probably better sales than the actual band might usually attract, Deadicated hit #24 on the Billboard chart. It undoubtedly opened ears to people who would otherwise fight shy of any Deadhead association, and it guaranteed Sall a lasting career in the business.

Ahead of discussing the content, a word for the packaging. Deadicated was released in 1991, when vinyl copies were still made, but I imagine most sales were on compact disc, the relative newcomer devouring the market. The artwork and the information provided, track listing, performer and production credits, together with delightful brief commentaries from each as to why they were there, reproduce poorly to the smaller size of the format, but are worth a look and a read, something you can’t get with an illegal download. Particularly poignant is Dr. John’s memory that, when he and his band first arrived on the west coast, it was the Grateful Dead that gave them all a bed.

On to the songs. A mix of the expected standards and some less revered, tending rather more to the Garcia/Hunter songbook than that of Weir and Barlow, it manages to invoke as much thought around those not included as to how the ones present hold up. I would dearly love to hear a second volume. Or wonder around any others left behind in the studio. Unfortunately, if there are any lost tracks, so far they remain lost forever. (Unless any of you know different……..)

First out of the traps are Los Lobos. “Bertha” is ideal for their East L.A. swagger, and a lively opener to whet appetites, sturdy vocal and swirling keyboards, the latter making way for the trademark accordeon to leave no doubts as to who’s in charge.

“Jack Straw,” a song Bruce Hornsby will have been already well versed in the playing of, transcribes from the looser lope of his sometime cohorts, to the more academic jazz flecked piano stylizations he is known for, sounding just like one of his. In a good way. A very good way, especially in the tremendous piano breaks.

I guess if you threw a group of seasoned session men at any fairly basic barroom thrash, it would sound much as the Harshed Mellows’ take on “U.S. Blues,” one of the slighter songs on offer, both in the original and here. Sure, it’s played OK, but even in 1991 it sounded twenty years out of date, especially the dated vocals of Dan Baird and Mike Campbell’s guitar. Now, almost 30 years later, it sounds positively antediluvian.

E.C. oozes respect in his “Ship of Fools,” the stellar backing courtesy his King of America band, with, amongst others, James Burton and Jerry Scheff from Mr. Presley’s T.C.B. band. Meticulously crafted, it is one I can imagine Garcia tipping his hat at, perhaps even allowing himself some satisfaction as to the quality of the original material.

Suzanne Vega offers the first real WTF moment on Deadicated. She near-segues “China Doll” and “Cassidy,” and the result is so much her own that it was a while before I realized, back then, that they were essentially two different songs. Together again for the first time, the melding serves as a glorious swoony psychedelic dream.

Dwight Yoakam’s “Truckin'” propels this new momentum, arguably with little more panache than his familiar hot damn just look at me schtick and the barest hint of a yodel, a confidence few can muster. As one of his earlier non orthodox country covers, arguably it gave him the taste for his own all-covers recordings, with this version always repeated to the fore.

“Casey Jones” adapts naturally to the breathless angstiness of Warren Zevon, here ably assisted by old buddy (and Jackson Browne sidekick) David Lindley. Again, unsophisticated but joyful and exuberant. The feel of Deadicated thus far is one of, dang, these songs are good!

But perhaps it’s time for a bit of a breather. As such, the Indigo Girls are ideally placed for an agreeable acoustic canter through “Uncle John’s Band.” The chalk and cheese harmonies of Emily Salier and Amy Ray serve to keep the smile firmly in place. At this stage Deadicated seems the best record ever made, track on track just building.

But still we go upward, to Deadicated‘s second peak moment, Lyle Lovett’s definitive “Friend of the Devil.” This song is far harder to do well than it sounds, as many who have subsequently tried have discovered. It starts with Lovett’s voice and some picking, as muted organ, bass and percussion gradually sashay in. And not just any organ, bass, and percussion – merely Bill Payne, Leland Sklar, and Russ Kunkel.

Have the Cowboy Junkies ever before given the opportunity for a comfort break? I doubt it, and it hurts to say, but however exquisite their “To Lay Me Down” is, and it is, it is just too much to take after the run of preceding tracks. This victim of sequencing is lovely and slips in smoothly, too smoothly perhaps, oozing their effortless class, but there is only so much a soul can take.

And so it is with Midnight Oil. Or rather isn’t, with “Wharf Rat” being the first entirely skipworthy track on the set – perhaps fitting, given their professed large ignorance of the Dead ahead of the project. It’s true, I am not a fan of their own stuff, and I can’t stand this either. For the purpose of this piece I gave it another go, but nope: noisy nonsense.

Contrast this with Burning Spear, aka Rodney Winston, the other artist unfamiliar beforehand, because his “Estimated Prophet” is a revelation. Who knew reggae suited the Dead so well? (Answer: actually a lot of dreads did, witness the Fire on the Mountain reggae tributes to the band.) A righteous skank, with hints of dub just waiting in the wings.

I wanted to like Dr. John’s “Deal” better than I do, possibly/probably as he so envelops the song in his own persona as to lose sight of the source material, it becoming just another classy Rebennack N’Awlins romp. Which isn’t a bad thing, normally.

“Ripple” is one of the best known of Garcia’s songs, and as the opener to side two of American Beauty, nothing can be finer. However, as the closer to Deadicated, in the hands of Perry Farrell and company, it is an unmitigated disaster, a mess needing removing as few bars in as you can manage. Still, can’t be bad, only two misses in an otherwise near infallible album, where even the slight underfires at the front end seem polished up by the riches from Costello through to Lovett.

(Thank you to Ray Padgett for allowing access to his interview with Ralph Sall, from his forthcoming book, 33 1/3: Various Artists’ The Songs of Leonard Cohen, available for pre-order here.)