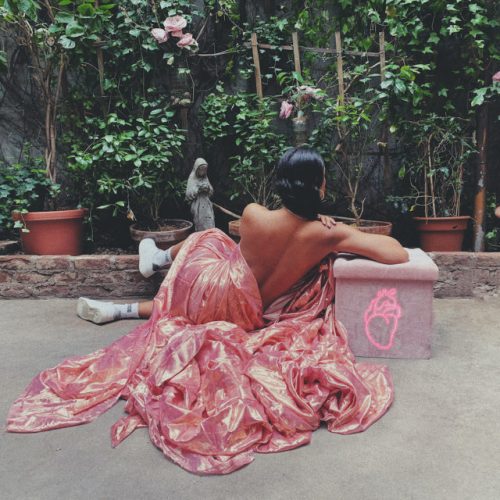 “Heart-Shaped Box” is one of Nirvana’s most iconic songs, showcasing the band’s classic sense of dynamics from the verse to the chorus. Songwriter Kurt Cobain publicly claimed the song was inspired by documentaries of children with cancer. But the lyrics of the verses read more of a man caught in a romantic relationship that isn’t entirely positive, while the lyrics of the chorus could be interpreted as being about Cobain’s relationship with the media. Regardless of the meaning of the lyrics, the song does not come across as sexy.

Amber Mark is an R&B singer-songwriter with an album, an EP and a few guest appearances to her credit. In her hands, “Heart-Shaped Box” is completely reinvented as a 21st-century slow jam. On the verses, Mark preserves the vocal melody on the first go-round, but slows the tempo dramatically. The iconic guitar is gone completely, replaced by vocal samples, prominent beats and some synthesizer. On the chorus she digs into the melody and changes it slightly in the hook, which is jarring for those of us who’ve heard the song a million times. But it’s on the second verse where she really plays with the vocal line, reinventing the song so that it is almost unrecognizable. The result is that the ambiguous sexual relationship of the original is replaced by a celebration of romantic obsession.