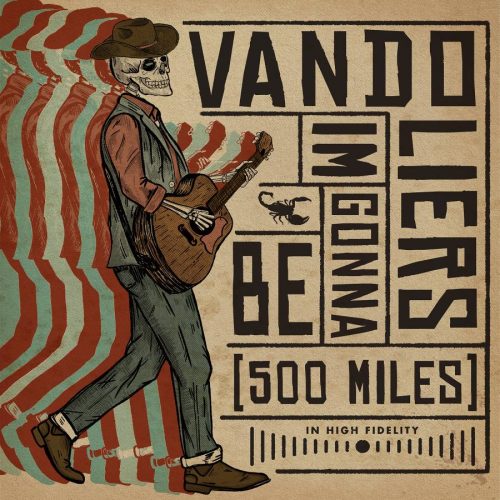 On the American side of the pond, The Proclaimers would widely be considered to be a one-hit-wonder after their catchy tune “I’m Gonna Be (500 Miles)” peaked at number three on the charts in 1993 after being featured in the movie Benny and Joon. But the band that mostly consists of bespectacled twins Craig and Charlie Reid have been around since 1983 and sold over five million records worldwide. One-hit wonders they are not.

Originally released in 1988 as the lead-off track from their Sunshine On Leith album and reaching number one in both Australia and New Zealand, the song was largely greeted with the sound of one hand clapping in North America, failing to resonate with anyone until the movie soundtrack five years later. This ode to love and longing has never really been granted the credit it deserves for being a truly great song. After all, how much more romantic can you get than having someone walk 500 miles, then walk 500 more just to be the man who walks a thousand miles to fall down at your door?

And now, courtesy of Bloodshot Records and the band Vandoliers, the record comes around once again in glorious fashion. On this version, raspy-voiced lead singer Josh Fleming takes the anthemic sing-along qualities to next level catchiness giving the song a new edge. We can picture in our mind’s ear a heartsick Romeo wearing a tall Buckingham Palace guards hat strutting down the street with the USC marching behind him as if they were doing a command performance for the Queen of Fleetwood Mac’s “Tusk.” He will get there soon enough, but certainly, his lover will be waiting there for him no matter how long it takes. After all, he is walking 1000 miles to see her.

In the hands, microphones, and instruments of this Post-Punk band from Texas, the palpable air of desperation that is omnipresent through the very core of this version of the song creates an almost “walk hard or die” desperation to complete the same 1000-mile journey. Here, trailing behind our hero riding on a flatbed truck, turning things up to 11, is a band reminiscent of the one from the table dance scene in From Dusk Till Dawn, blasting their Border-Noir mariachi magic. Where the boys from The Proclaimers have more of a “we will get there when we get there” approach to this Don Quixotic journey, this band of Vandoliers will have none of that. As the miles wear on and the pace quickens, around mile 999 the band picks up the tempo far surpassing the tone, tenor and urgency of the original. Once the entire band jumps in vocally on the chorus and the mariachi horns join the party it’s “Feets Don’t Fail Me Now” time. Finally, the destination comes into view and this journey of 500 miles and 500 more is about to come to an end. The door opens, limbs intertwine with limbs. One word is spoken and it comes from Romeo as a shout-out to his band. “Adios” is all he says. The door slowly closes and doesn’t open for a very long time. I can’t wait for the movie.

One Response to “Vandoliers Walk 500 Miles to Cover the Proclaimers”