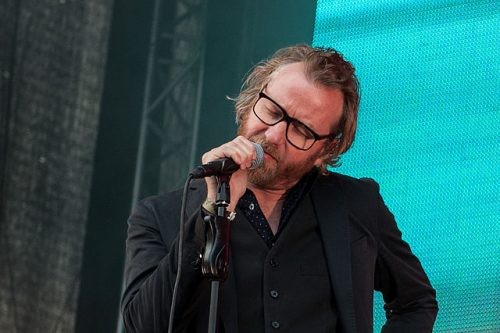 “Holes” is the lead track to Mercury Rev’s chamber pop classic Deserter’s Songs, a musical left-turn for them which saved their career. The songs feature elaborate, orchestrated arrangements around Jonathan Donahue’s fragile voice and “Holes” is no exception. The song begins with mellotron approximating an orchestrate but more and more instruments join the wurlitzer and tambourine accompanying his voice, slowly building to a massive crescendo featuring, among other things, a musical saw.

Matt Berninger, frontman of The National, takes a different approach on his new cover to support Planned Parenthood. With help from Booker T. Jones, his approach is to considerably both strip down and slow down the arrangement. Berninger’s voice is initially only accompanied by a piano, guitar and a lap steel. The song builds slowly, like the original, but there are far fewer instruments in this version; it’s much more restrained, even with the horns. (Check out the backup singer using her voice to replicate the musical saw. That’s cool.) The result is a totally different vibe, chamber folk instead of chamber pop, more rueful than wistful.