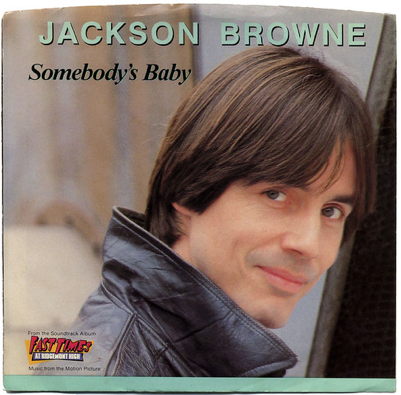 Yet as great as that moment is, no song captures the spirit of the film better than its de facto theme tune, Jackson Browne’s sublime “Somebody’s Baby.” Sweet, anxious, and consumed with infatuation, it was the biggest hit of Browne‘s career, hitting the pop Top 10 in the summer of 1982.

Have Mercy’s version is tasty waves and a cool buzz.
Phantom Planet’s version has the Attitude.
Stories and Jennah Bell’s version is awesome! Totally awesome!

And one more thing, in case you didn’t see the sign : No Shirt, No Shoes, No Dice.

Full of fat riffing and glorious sludge, Have Mercy turn the volume up to 11 here and still manage to retain the melodic wonderfulness of the original. This version sounds as if it’s being screamed at a bathroom mirror, staring into its own eyes and trying to convince itself that it can totally shine tonight… and prospects look good.

Plaintive, pleading, and exuding none of the false confidence accentuated in the other versions, Stories (along with guest vocalist Jennah Bell) transform this song into an absolute tearjerker. Over gentle and spare instrumentation, Bell serves up a vocal brimming with both longing and hope, and the end result is absolutely stunning.