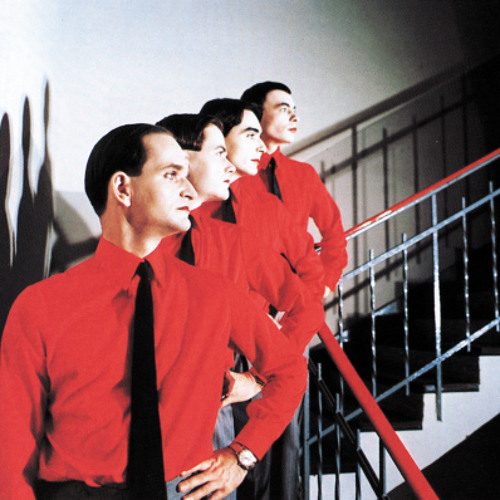 Kraftwerk’s “Autobahn” is a landmark fusion of experimental German electronic music and pop hooks. Most people have only heard the single version, a three-minute edit of the 22-minute track, which could be considered the first ever synthpop song and became an international hit. Though Kraftwerk’s version contains a few organic instruments like guitar, it is primarily composed of electronic instruments and prominently features electronically distorted vocals. The success of the song showed that there was commercial potential for music made largely with electronic instruments, whereas most electronic music prior to its success was a very niche thing.

Brazilian musicians Guga Stroeter, Lucio Agra and Renato Soares aren’t interested in the song’s vital importance to the development of synthpop. Instead, when they heard the song, they heard a chance to celebrate.

Singer Agra, guitarist Soares and vibraphonist Stroeter, plus a group of horn players and percussionists, create a lively samba-like atmosphere with gang vocals and different instruments dropping in and out of the mix. The vibe is much more dance number at a concert than driving on a German highway with no speed limit. Though their cover is barely over three minutes, it packs a ton of ideas and an insatiable sense of fun into its brief existence.

The track comes from the trio’s recent Kraftwerk covers album which, if this cover is any indication, is probably a lot of fun.