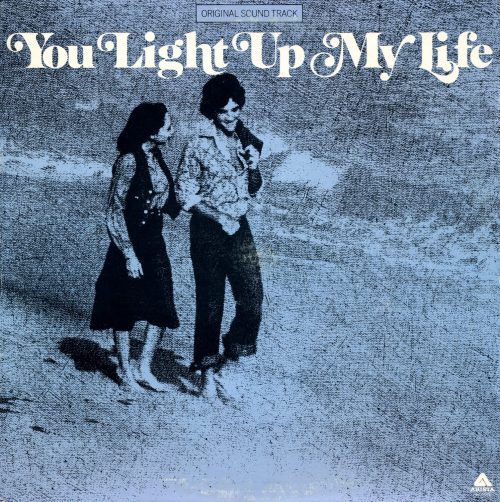 It’s very likely that you never knew Debby Boone’s smash hit “You Light Up My Life” was a cover song. There’s a reason for that, and it’s not a very happy reason. This is a story about two women and the man who did so wrong by them, even as he saw them to stardom. 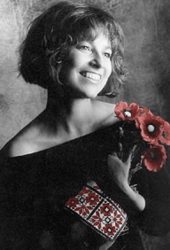 We’ll begin Kvitka “Kasey” Cisyk. Born in Queens on April 4, 1953, the daughter of Russian immigrants, Cisyk began playing the violin at age 5, and with it she earned a scholarship to SUNY-Binghamton. A year later she won a scholarship to the Mannes School of Music in New York. There, she switched to classical voice, and upon graduation set out to make a living with her voice. Opera singers weren’t in very high demand, so she settled for nightclub singing and studio work. She got into the world of commercial jingles, where she caught the ear and eye of Joseph Brooks. 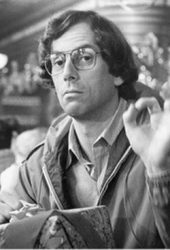 Joseph Brooks started out as a jingle writer, and a good one – he was responsible for Pepsi’s “You’ve Got a Lot to Live” and Maxwell House’s “Good to the Last Drop Feeling.” But he wanted more. He began composing music for films, and then started work on a film of his own, one that he would write, produce, and direct as well as score. It was the story of a young woman who wanted to be a singer, and Brooks called it You Light Up My Life.

Brooks had worked with Cisyk before, and he asked her to perform demos of the songs he’d written for the movie. She agreed, and in one session recorded six songs, just her and a piano, and nailed each and every one of them. Brooks was thrilled, and he decided to have these tracks be the ones heard in the finished movie, overdubbing an orchestra over the demos.

Rather than pay Cisyk, Brooks promised her a role in the movie and flew her out to Los Angeles. There, they filmed her scenes, where she played an anonymous backup singer. Then Brooks asked her into his hotel room to discuss her career and her future. There, he made advances on Cisyk. She rejected them. He got angry and let her know that he would see to it that she would never make it in the music world.

Brooks set out to follow through on his threat. He removed Cisyk’s name from the movie credits, and when “You Light Up My Life” was released as a single, it was credited not to Cisyk, but to “Original Cast.” Speaking of the original cast, Cindy Williams, Brooks’ girlfriend at the time, was going to play the lead role in the movie, but she broke up with him, and future beauty school dropout Didi Conn took her place, lip-synching to Cisyk’s vocal.

You Light Up My Life made money, even though it didn’t get the best reviews. In her New Yorker review, Pauline Kael said, “The whole thing is like a commercial for the insistent title song.” Like any good commercial, it sold the product very well, and one of its sales proved especially important. 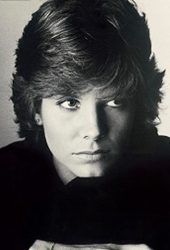 Debby Boone was twenty years old and ready to start a solo career. She and her four sisters had just left the Motown label and were newly signed onto the Curb label. Owner Mike Curb wanted to find a good song for Debby to step out with, and in “You Light Up My Life,” he found it. He borrowed the original instrumental track and had Debby come to New York, where she recorded her vocal over it. Boone, who came from a religious family, sang it as a song about God.

“When we cut the record, my mother prayed the whole time I sang,” Boone later recounted. “When it was over, we looked at each other almost fearfully. We felt strange, like something was about to happen.”

Brooks didn’t agree with Boone’s interpretation of the song’s meaning, but he couldn’t control how she saw the song. What he could control was how she sang it. Brooks was in the studio that day, and he was insistent that Boone record the song exactly as Cisyk had before her. The reason: even though it was an instrumental track, the piano microphone leakage had picked up some of Cisyk’s vocal. Brooks couldn’t erase what Cisyk had done, but with Boone matching her inflection for inflection, he could obliterate it.

Result: The best-selling song of the 1970s. Boone’s “You Light Up My Life” stayed at number one for ten consecutive weeks, the longest-running number one since Elvis Presley’s “Hound Dog” / “Don’t Be Cruel,” and shot her to stardom and a Grammy for Best New Artist. Brooks was also steeped in success, winning a Grammy, a Golden Globe, and an Oscar for Best Song. As for Cisyk, The Billboard Book of Number One Hits described her, a little harshly if not inaccurately, as “destined to remain anonymous.”

In the years that followed, Debby Boone couldn’t sustain the chart success of “You Light Up My Life.” But she led a full creative life, becoming a mother of four, writing children’s books, and taking to the stage, appearing in productions of Meet Me in St. Louis and Grease (where she played against type as Rizzo). She also continues to record and perform music.

Karma caught up with Joseph Brooks in a big way. Flush with the success of his film, he put out If Ever I See You Again, a film he co-wrote, directed, produced, scored, and this time starred in as well. The critics were far less kind to If Ever I See You Again than they were to You Light Up My Life, and Brooks’ career as a Hollywood mover and shaker was over.

The 21st century was when it all fell apart for Brooks. He was indicted and charged with ninety-one counts of “casting-couch rape,” where would-be starlets came to his office, only to be sexually assaulted. He suffered a stroke. His son was arrested and convicted for murder. And in 2011, Joseph Brooks was found dead, a plastic bag over his head, with a hose attached to a helium tank near the bag. Boone released a statement that said, “My only real association with Joe was in 1977 for a couple of hours in a New York recording studio when I recorded his beautiful song, ‘You Light Up My Life,’… I will continue to sing it proudly and hope that people will be able to separate the song from Joe’s severely troubled life.”

Kacey Cisyk took her destined anonymity and made it work for her, becoming one of the top jingle singers in the business. She could sing jingles for rival companies, and both companies would benefit. Her signature line was “Have you driven a Ford… lately?”, from the car company’s campaign that lasted almost a decade. She also sang backup for Carly Simon, Linda Ronstadt, Quincy Jones and more, and she recorded two CDs of Ukranian folk songs in honor of her heritage.

Sadly, Cisyk passed away from breast cancer, far too young at only 44 years old. But as her New York Times obituary said, “In the capricious world of show business, she never enjoyed splashy success, but in the backwaters of her profession, where most singers, after all, spend their entire careers, Miss Cisyk, a tiny, slender woman with a smile as big as her heart, made her share of waves.”