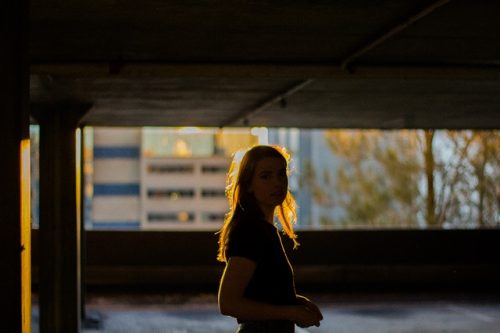 Bonnie Tyler’s biggest hit, “Total Eclipse of the Heart” is a power ballad that embodies of so much of what made the ’80s the ’80s. The lyrics are melodramatic, the recording might have a few too many instruments on it, Tyler really sings the song, and the accompanying video is full of big hair, wind machines and absurd visuals. “Total Eclipse” was written by Jim Steinman, the songwriter most famous for launching Meat Loaf’s career. His lyrics can be just a tad over-the-top – he originally planned to write “Total Eclipse” about vampires. (Of course he did.) But Tyler’s gritty voice sells Steinman’s words, and she takes what could have been full-on camp and makes it feel impassioned and real.

Angie McMahon is a young Australian singer-songwriter with a very different voice than Tyler’s. Where Tyler’s voice carries the effects of age, McMahon’s has the insecurity of youth. McMahon has been playing a solo version of “Total Eclipse” in concert since at least this past summer, but she recently recorded a more elaborate production to raise money to fight the Australian bushfires. In McMahon’s hands, “Total Eclipse” becomes a sultry torch song instead of an over-the-top power ballad. Her version is full of yearning and a beguiling mixture of confidence with just a hint of self-doubt.

This is even more true of her live performances, where she usually performs the song at an even slower tempo, emphasizing the sultriness and stripping Steinman’s song to its emotional core: