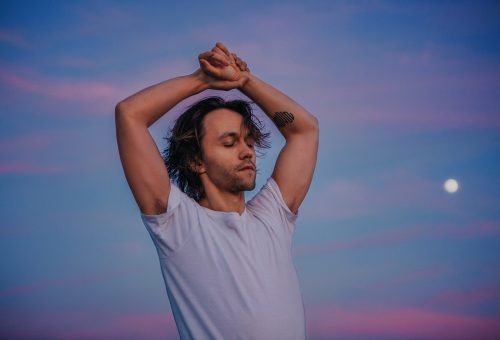 At the end of every year, Norwegian singer-songwriter Sondre Lerche covers one of the past 12 month’s biggest hits. In the past he’s tackled Ariana Grande, Drake, and Beyoncé (that one made our recent Best Beyoncé Covers Ever countdown). For the project’s tenth year, though, he pulled a twist, covering not one song but three – and not entirely new songs either.

Instead, he pays tribute to Britney Spears on a new EP titled Britney, covering “Everyday,” “I’m Not a Girl, Not Yet a Woman,” and relative deep cut “Why Should I Be Sad.” He opens it with his own Britney-inspired composition, “Slip Into Character.” Here’s the note he sent fans about the project:

Instead of the usual annual holiday gift, I wanted to do something extra special this year. It’s already been ten years of this. Earlier this year I had enjoyed learning some Britney Spears songs for a very special occasion. I later played some of them with friends at Largo in LA, where I’ve been doing sporadic shows since I moved to LA last year. I’ve been taking time off from touring, to finish my new album and a book. Earlier this spring, after learning more about Britney and #freebritney, I had been inspired to write a song called “Slip Into Character” — in support of emancipation and happiness, within and beyond the spotlight. Just a little over a month ago we recorded that song in a Lithuanian church in LA, with The Silver Lake Chorus. Around the same time, in various home studios, we also captured recordings of “Everytime” (with Adam Arcuragi), “I’m Not A Girl, Not Yet A Woman” (with Sara Watkins, Sean Watkins and Dominique Arciero), and my original Britney-favorite “Why Should I Be Sad” (with Wynne Bennett and Shruti Kumar). And that’s this year’s Christmas gift. From all of me, to all of you. Looking forward to sharing more music in 2020.

Thank you for your patience.

Listen to the full EP below, then buy it at Bandcamp.