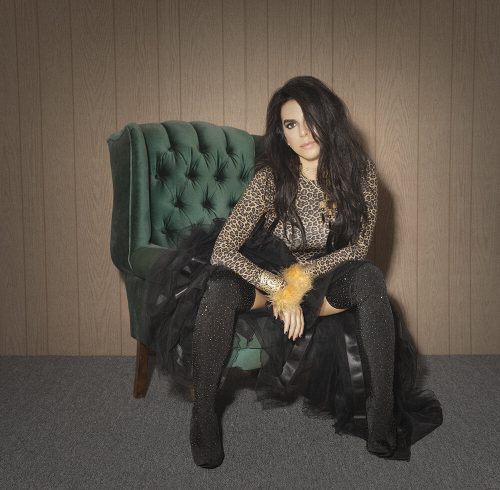 Perhaps Depeche Mode’s most iconic song, at least for the general public, “Personal Jesus” manages to combine singer Dave Gahan’s sex appeal with a sinister undercurrent of dominance and submission. Songwriter Martin Gore wrote the song after reading about the relationship between Priscilla Presley and Elvis, and how utterly one-sided it was. In Gahan’s delivery, though, the relationship seems considerably more appealing. The original video, set in a brothel, also emphasizes the sexual side of the relationship over its more troubling aspects.

Singer Michelle Kash takes this a step further in her new cover of the hit. As one of few women to have covered the song, Kash said she aimed to turn it from a song about a man dominating every aspect of a woman’s life to a song about sexual freedom. This is a far cry from the inspiration for the original, but Kash makes it work, both with her compelling delivery and her version’s slightly slower pace. And the contemporary production maintains the distinctly western feel of the original while adding unmistakable sounds of the 21st century.