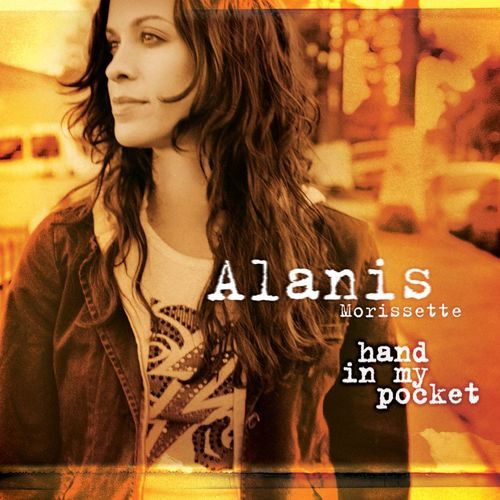 When Imagine Dragons stripped down three of their big hits for an acoustic session, they added this cover to close out the studio session. Great choice! The essential beat of this song is played as if it was being tapped out on a box, and I love that rustic feel. The acoustic guitar adds to this homely sound, and the bandmates’  background harmonies support and augment lead singer Dan Reynolds’s voice.

We get another acoustic cover from Belô Velloso, a Brazilian artist. The guitar opening is personalized, a riff inspired by the original but unique to Velloso’s version. Velloso’s vocals start strong, but come off less biting than Morissette at first. The deeper tune of the verses interweave with the lighter choruses. Despite less overall edge than the original, there are times where the requisite angst peeks out in lines like “I’m here, but I’m really gone” and “I’m green, but I’m wise.”

Straying from the original, this cover nevertheless adds its own story on top of Morissette’s. It starts off with a guitar and a sonar sound, evoking the the theme of searching: “I’m lost but I’m hopeful, baby.” The cover progresses with a slightly different tune than the original, taking a risk that pays off. As the second voice comes in, more electronic signal sounds assert themselves, adding an ominous air. There is a prolonged “ooh” session that continues to build this sense of something bad about to happen. Towards the end of the song yet another layer of sound, heavier percussion, is added. The song ends like a cliffhanger, without the dramatic sounds being resolved. We can almost picture the fade to black on the last line “and the other one is hailing a taxi cab” with an unsatisfying “to be continued” label.

A light voice meshes with the heavier and almost dissonant background sounds in this cover. A lurking string bass provides the instrumental backbone while Pearl Fish layers different layers of her voice, providing her own backup harmonies. My favorite parts are the “what it all comes down to” lines. Here, the oscillation between resignation and pleading that permeate the rest of the song lifts a bit and we get a matter-of-fact delivery that reveals a rebellious spark reminiscent of the original.

We’ll close out with a more upbeat cover by fellow Canadians. With a musical style a bit more hardcore than the original, Seaway provides a punk-rock style of vocals just shy of full-on screaming. The singers especially really go for it on the “baby”s. Guitar solos are tasteful and don’t distract from the vocals delivering Morissette’s powerful words. We’ll even cut certain members of the band some slack for reading the lyrics off of their phones.