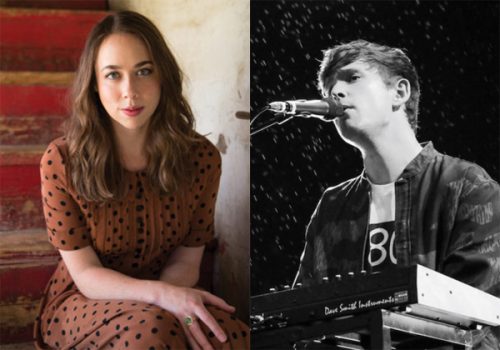 Perhaps no new artist was covered as often in 2019 as Billie Eilish. And as the year wound down, two more high-profile covers snuck in under the wire – both live, and both quite different than Eilish’s original recordings.

First up, James Blake tackled “When the Party’s Over.” Given that his electronic innovations over the past decade might have influenced Eilish’s own productions, at least indirectly, it’s slightly surprising that he goes for a simple stripped-down piano delivery. But it gives his inimitable falsetto plenty of room to soar.

In a much different vein, bluegrass prodigy Sarah Jarosz – most recently seen with Americana supertrio I’m With Her – tackled “Bad Guy” on Chris Thile’s radio variety show Live From Here. Props to the expert snapping of the backing musicians and to Jarosz’s microphone-waving sound effect. No probs whatsoever to Thile’s dance moves.