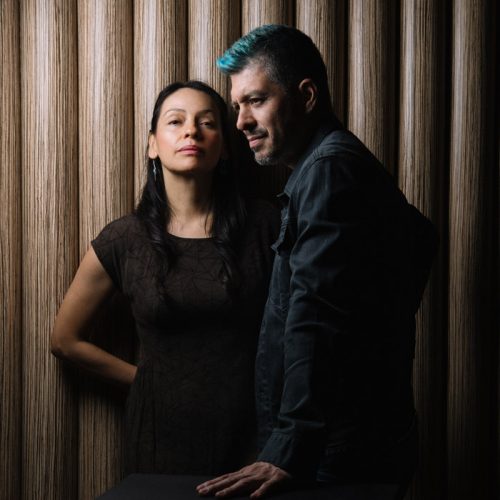 Anyone familiar with Rodrigo y Gabriela’s catalog can hear the influence of the acoustic duo’s roots in thrash metal bands, and not just because of the metal covers they have done over the years. The Mexican duo have covered Metallica frequently in their distinctive virtuosic style and they’ve returned to an early favorite with a studio version of “Battery”. It’s one of three metal songs, alongside Slayer and Megadeath, that will be included on their Record Store Day vinyl Mettal EP.

The original song’s flamenco-inspired opening is the perfect way for Rodrigo y Gabriela to lull the uninitiated into thinking this might be a peaceful acoustic version. About a minute in it becomes clear that, though they lack the distortion, they are bringing all the intensity of the original. Rodrigo’s precision picking (including some incredible versions of the original solos) is on full display. And as usual, Gabriela’s rhythm guitar sounds like a musical magic trick; it seems impossible that her hand can move fast enough to produce the volume of percussive beats on the body of her guitar and still play chords. Listen on repeat to the video below and then try to grab one of the 2,500 copies of the records when it hits record stores on Black Friday Record Store Day, November 29th.

If you liked what you heard, check out more Rodrigo y Gabriela in our archives. Or find some more non-metal Metallica covers.