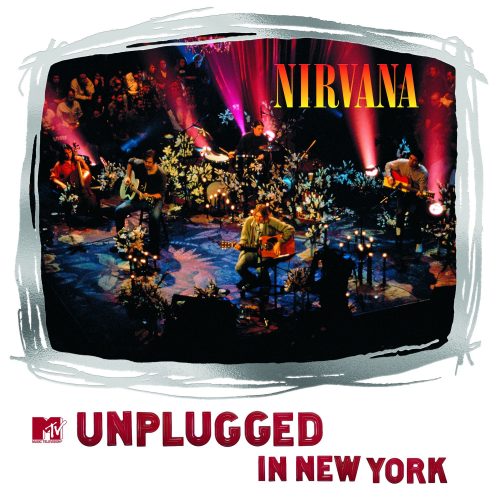 Kurt Cobain starts off Nirvana’s Unplugged session with this introduction: “This is off our first record. Most people don’t own it.” The song gained new life by being promoted as the single off of this album, helping it reach number one Billboard’s Modern Rock Tracks chart. This is actually a fairly poppish tune, reportedly inspired by Meet the Beatles!, but it is roughened by the grunge vocals. The almost musical-theater style piano in this cover plays up the poppy aspects of the song, but the acoustic guitar in the chorus and the vocals give some edge to balance the song. Raneri’s voice is less gravelly than Cobain’s, but it still evokes the sense of straining in the lyrical delivery.

Yes The Raven – Come As You Are (Nirvana cover)

Now for a song everyone knew. “Come As You Are” followed “Smells Like Teen Spirit” as a single promoting Nirvana’s second album, the one that launched the band into the spotlight. “Memoria, memoria,” this song remains a classic. It is apparently one of the top most streamed ’90s song on Spotify. This cover is a bit more measured than the original and comes off even more melancholic. Maybe it’s the lighting and dramatic hat shielding the singer’s eyes. There is a vibrating sound in the background of the verses that just touches your ears, enough to be noticed, but not obtrusive enough to be part of the main accompaniment. Towards the end there is a guitar solo that transitions into a lulling tune before returning to the distinctive riff.

This song starts a pattern of covers in the Unplugged session. Cobain was a big fan of The Vaselines, who are still active as a band today. They started out as a Scottish rock duo in 1986, but being covered by Nirvana helped them gain a more international audience. Since Nirvana’s version starts out fairly subdued before turning up the volume, this cover squared is a bit trippy. Starting off with some bongos and sitar, a much deeper voice than I was anticipating then jumps in. This odd trio of sounds continues throughout, in a stable way without much variation in delivery, matching the steadiness of Nirvana’s version.

Next, Nirvana chose David Bowie to cover. Cobain made sure to educate the audience afterwards, closing the track with “That was a David Bowie song.” This song titled Bowie’s third album, one that began his rock streak. Skipping right to the point, foregoing the opening guitar phrase, this is another stripped-style cover. The instrumentation starts simple, builds throughout, but always is deferent to Moura’s vocals. Because of this, the climbing scale in the chorus is more prominent in the Nirvana cover. Moura has a lighter voice, but her delivery is no less powerful than Cobain’s.

This song appeared on Nirvana’s final album. It was supposed to be released as a single, despite the provocative title referencing an abortifacient herb, but the single’s release was cancelled after Cobain’s death. In this cover there is something that draws you in from Hersh’s initial, seemingly innocuous,  “I have very bad posture.” Admittedly, this cover is not acoustic; the electric guitar definitely features, and the cover gets much louder in the choruses than Nirvana could get while unplugged. However, the verses are fairly stripped, Hersh’s throaty vocals coupled with the acoustic guitar strums fit the style of Nirvana’s acoustic version.

This song debuted as an acoustic version on community radio in Olympia, WA; Cobain played it live on the Boy Meets Girl show. It was later released on Nirvana’s final album and was popular on the radio in both Europe and the US. Pickin’ On does a variety of tribute albums with a bluegrass flair. They have a whole album of Nirvana covers, but this one sticks out as not being over-the-top with the bluegrass. Even with twang, the song keeps its mournful attitude. Of course there is a plucking solo, but even this part isn’t gratuitous genre-bending for the sake of genre-bending.

Back to the Nevermind album, “Polly” is a dark song about a dark event: the abduction and rape of a young girl in Washington in the late ’80s. After this song was released, copycat crimes arose, which rightly horrified Cobain. In the Unplugged version, the bass line mimics the creeping footsteps, always present in the background. This cover maintains the creepy vibe of being inside the mind of a criminal while also mixing in an eerie jazz ambiance. Just when you get lulled into a sense of security by the jazz piano, you are pulled back to the scene of the crime.

“On a Plain” was used as the promo single for Nevermind, Nirvana’s first album on a major record label. Released in the fall of 1991, by the beginning of 1992 Nevermind had dethroned Michael Jackson’s Dangerous on the Billboard Top 200 album chart. This cover definitely focuses more on the “I can’t complain” sentiment than some of the other darker elements of the song; it is more upbeat than the acoustic original. The acoustic guitar strums seem a tad over-eager, and the vocals give more of a folksy flair.

Stereophonics – Something in the Way (Nirvana cover)

This is the last song on Nevermind (not counting the hidden track “Endless, Nameless”) and the last song from the album played for the Unplugged session. In this cover, the guitar strums sound especially heavy and plodding. The original relies on a deeper bass to get the driving force. The Stereophonics add a punctuating tambourine to the chorus. The vocals have a similar style to Cobain’s; the verses monotone, the choruses escalating to almost an entreatment.

This song kicks off a trio of Meat Puppets covers. The Meat Puppets formed in 1980 in Phoenix, AZ and are still making music (they released an album earlier this year).  The original trio was made up of brothers Curt and Cris Kirkwood and Derrick Bostrom. The Kirkwood brothers were invited by Cobain to play on the their songs during the session, launching the band into more of the mainstream.

Kathleen Grace takes a very different approach, replacing the opening guitar picking lines with a smoother piano melody; the song is almost unrecognizable at first. Her soulful voice slows the song down, enunciating more than Cobain does. The style of Grace’s vocals almost give the lyrics a wild-west ambiance. “You see a lot up there but don’t be scared / Who needs actions when you got words.”

Speaking of the wild west, Pat Gedeon’s deep voice definitely gives off a Johnny Cash-on-“Hurt” vibe. The vocals here are deeper and smoother than Cobain’s, but the variation in volume that Cobain wields is not matched here. We also don’t get the deliberate guitar riffs, played by the Kirkwood brothers in the Unplugged session. However, we still like to hear Gedeon’s voice “sprinkled with emotion.”

Lena Hall is a Broadway legend, from Cats to Kinky Boots to Hedwig and the Angry Inch, but she can also handle some grunge. Her version is a little slower and a bit more sparse instrumentally, but her vocals are just as gravelly and powerful as Cobain’s. Hers are even more rich and resonant. Where Cobain strains towards a scream, Hall sings through with a strong, and edgy attitude.

It seems fitting that the last song on Nirvana’s last album marks the end of the original material performed for this session. The Unplugged version of this song keeps its more intricate guitar lines. The vocals are delivered less sleepily than some of the previous songs. “What else should I be / All apologies”  is strident. This cover uses the guitar sparingly, its sound faint throughout most of the song aside from a few transition moments of emphasis. Instead, the song is completely driven by O’Connor. Although her voice is light, she still packs an emotional punch in the lyrics.

Janel Drewis – Where Did You Sleep Last Night (Leadbelly cover)

The oft-covered “Where Did You Sleep Last Night” is an old song, originally recorded in 1939 by American folk and blues singer, Leadbelly. The song was renamed to “In the Pines” by Bill Monroe, known as the father of bluegrass, when he covered it in 1952. The Nirvana version is heavier and moves away from the folk and bluegrass roots. The bass line adds an ominous ambiance. This cover of a cover served as the end credits for a season of The Walking Dead. The ominousness remains as Drewis sings hauntingly alone for the first part of the song. An orchestra joins her, adding power but maintaining the mystique. The orchestra fades, an almost music-box line remaining to close out the song.