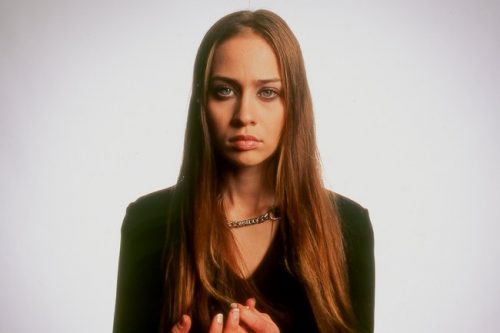 The Waterboys “The Whole Of The Moon”, originally released in 1985, has proven to be an enduring anthem of wonderment and longing. Yet the physical subject of the song, the actual person it’s inspired by, has been a source of debate for years. It was speculatively suggested that frontman Mike Scott was talking about Prince; he had mentioned him in interviews around that time and had spoken passionately about being blown away by “Purple Rain.”* It was then said to be about author C.S. Lewis, one of Scott’s admittedly eternal influences. And at some point later on cult singer Nikki Sudden (Swell Maps), a friend of Scott’s, alleged it was actually about him.

Scott finally wiped the slate clean from all the confusion in an interview with Songfacts a few years back stating, “It’s not a specific person, it’s a type, the point of the song was to illustrate how much more there could be to learn than we had ever guessed, addressing a more knowledgable or wise being…or it could actually have been someone who came into this life and burned out very quickly, like Syd Barrett or Jimi Hendrix, who comes in and seems to be possessed by this otherworldly knowledge or inspiration, but burns out quickly then leaves us.”

Up until now covers of the song have accentuated its more jubilant, uplifting elements and were veritable waterfalls of optimism (see Mandy Moore, Jennifer Warnes). Enter Fiona Apple to turn the song on its proverbial ear. As contradictory as the term may sound, she has transformed it into what amounts to a celebratory tearjerker for the closing credits of the series finale of Showtime’s The Affair. Apple’s vocal is at once raw, passionate and unhinged, euphorically stomping over everything in its path, all the while honoring the sublime melody of the original. Which is to say this is basically the best cover version ever done of this song.

On the other side of the world at nearly the very same time, up-and-coming UK band Mosa Wild were recording their own plush and adoring version. Led by a fat melodic synth line, it’s the sweetest of love letters to the original, emphasizing the more romantic and anthemic elements of the song via a pining vocal from singer Jim Rubaduka and a cleverly incorporated snippet of The Who’s “Baba O’Reilly.” It is also exceptionally fine.

* Fun fact: Prince appears to have been aware that he himself was the (supposed) subject of the song. In 2015, he and his band 3rdEyeGirl performed a funkified version of it at one of his famous private shows at Paisley Park. It is nearly unrecognizable but still funky as hell. The best part is that he changes the lyrics around so he is talking “down” from his perch to the songs original narrator, most notably altering the chorus to “I saw the whole of the moon” which is just so Prince and so perfect.