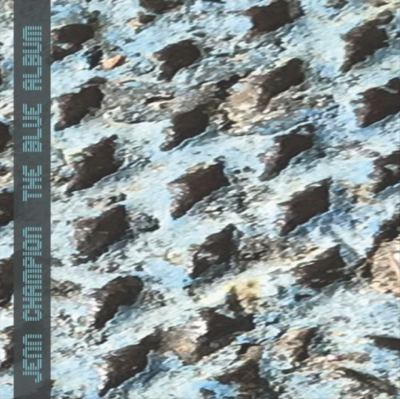 Jenn Champion has gone through many musical identities, performing solo under the names Jenn Ghetto and S, and playing in a band called Carissa’s Wierd. Now she takes on another musical identity–a Weezer cover artist. Her cover album of Weezer’s first album, often dubbed “The Blue Album,” is available through Turntable Kitchen, a vinyl record club.

Weezer’s debut album got a lot of buzz, coming out a month after the death of Kurt Cobain when the future of rock seemed poised for a change. Rolling Stone named it one of the 500 greatest albums of all time, and Pitchfork gave the original album a 10/10. So, no pressure, Champion.

If you’ve ever been a bit put off by Rivers Cuomo’s personality, this is the reinterpretation for you. The overall vibe of this cover album is the self-conscious lyrics of old-school Weezer paired with the musical style of Tegan and Sara’s Heartthrob album. Champion’s ambitious project completely pays off; this album is excellent.

Each track gets its own synth phrase, paired with a subtle club beat. The result could be an over-produced mess, but not here. Champion makes tasteful choices,  lightening the effects of the instrumentation with her airy vocals. We get to hear the original lyrics in almost a dreamscape.

Of course, favorites like “Buddy Holly” and “Say It Ain’t So” are well represented. “Buddy Holly” gets a melancholy flavor in this cover.  The synth is replaced with more traditional piano, and no backbeat is needed to deliver the message of “I don’t care what they say about us anyway.” “Say It Ain’t So” is fairly stripped compared to some of the other tracks too, proving that Champion doesn’t need to rely on fancy production to create an imaginative cover. There is still a driving synth track underlying the song, but the vocals rise above. The lyrics are delivered less imploringly, definitely less of a belt out “Say It Ain’t So” at the top of your lungs at karaoke night version, yet just as firmly.

My favorite song on the album is, perhaps controversially, “No One Else.” The lyrics reveal a controlling personality that is not really a good look. However, this version sort of democratizes those feelings; the gender flip removes a layer of judgement and lets us acknowledge that we’ve all had those possessive moments. The original sound is heavy and monotonous. This version gives us varied electronic hooks, and a more upbeat spin on the described situation. Another standout is “In the Garage.” Perhaps the nerdiest song on the Weezer album, this cover takes the song from a geeky garage to an intimate lounge. Champion’s vocals accompany almost trance-like background music.

Overall, I don’t have many complaints. Some may think that the use of synth gets a bit repetitive, but others may laud that aspect as a consistent style choice carried out loyally. Others may take issue with stripping a quintessential rock album of its heavier rock guitar and drums elements completely. Although there were times where I would have liked a song to kick in a bit more, I respect Champion’s vision of giving us break from Weezer’s heavier instrumentation.

Don’t worry; if you aren’t part of the Turntable Kitchen club, you can still listen to Champion’s version of “Undone – The Sweater Song.” This song’s vibe is representative of the rest of the album. The beat is a little heavier in this track, but the measured synth, balanced with Champion’s wispy yet strong voice, is a pattern carried throughout the album.