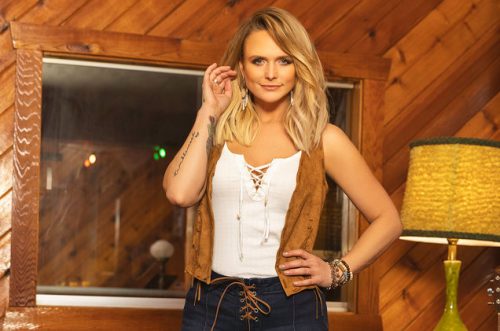 It’s hard not to feel cynical about the current onslaught of collaborations in the musical universe these days. The trend seems less about popular artists creating something great together and more about leveraging multiple fanbases to jack up stream counts. Enter Miranda Lambert to turn this trend on its ear on her new all-star cover of “Fooled Around and Fell in Love.”

“Fooled Around and Fell in Love” was a top five hit in 1976 for blues guitarist Elvin Bishop and featured a pre-Jefferson Starship Mickey Thomas on lead vocals. Straddling the line between country and soft rock with an undeniable melodic charm, it remains an utterly perfect jukebox song.

To preview her Roadside Bars and Pink Guitars tour, which began this week, Lambert gathered the other artists who will be joining her on the trek to cover the song. It features fellow superstars Maren Morris and Ashley McBryde alongside fierce up-and-comers Tenille Townes, Caylee Hammack, and Elle King, who delivers a breakout performance. The arrangement is faithful, the pronouns are left intact, and passionate vocal performances abound.

The song is not earmarked for Lambert’s new forthcoming album; it basically exists as a way to showcase the singers and ensure a particularly kickass singalong on tour. But they are clearly having great time here, and odds are you won’t ever hear a better cover of this song.