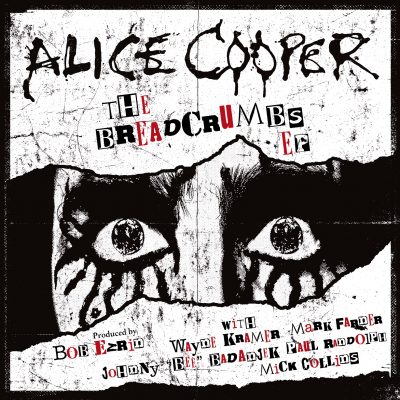 Alice opens with two original tunes. “Detroit City 2020” is an anthem that rivals KISS’s “Detroit Rock City,” but it does have its own tinges of Kid Rock. “Go Man Go” is the closest to punk that Alice has ever sounded, and nods to the proto-punk bands MC5, The Stooges, and Death.

Alice then launches into a string of covers from Detroit’s peak years of hard rock from 1965 to 1975. First is the garage rock sound of the mid-60s that would inspire Furnier and his friends to form The Spiders in Phoenix. “East Side Story” is a song written by Bob Seger for his band The Last Heard in 1966. Seger’s (great) original features the organ (probably the Farfisa?) paired with a fuzz guitar. Alice and his companions were more apt to use digital distortion, and the organ is missing.

A cover of Suzy Quatro’s “Your Mamma Won’t Like Me” from 1975 is next. Again, Alice tries to remain true to the original. Yet guitarist Wayne Kramer opted for the wah-wah pedal instead of the clavinet in Quatro’s original. That clavinet seems to be a nod to Stevie Wonder’s 1972 hit “Superstition,” by the way.

Next is a jazz-lounge interpretation of “Devil with a Blue Dress On,” made popular by Mitch Ryder and the Detroit Wheels in 1966. It’s a fun, fresh take on the classic. Alice departs from the original medley of “Good Golly Miss Molly”; he replaces it with “Chains of Love” by J.J. Barnes. Barnes’s original is an example of the Motown-esque funk in the late ‘60s, and it’s great. Cooper’s “Chains of Love” blends well with “Devil with a Blue Dress On,” but it fails to hit as hard as Barnes had.

Finally, Cooper and his companions close with “Sister Anne,” a 1971 song by the MC5. Wayne Kramer, guitarist for the MC5, plays on this EP, and the song is all too familiar to him. This is the one cover on this album that blows away the original. It has a fuller sound, a tighter groove, and the guitars sound so much crisper. It is a great finish to this hard-driving album.

The notable differences in sound are due to more advanced recording and mixing than what was available forty or fifty years ago. The absence of keyboards does diminish one of garage rock’s trademarks. It also abandons a feature in the early Alice Cooper sound. But the straightforward guitar rock has been Alice’s signature throughout the large share of his career.

Overall, the album is a welcome return to form. It’s one of Alice’s best outputs in a while, and superior to the Hollywood Vampires. His choice to celebrate Detroit’s musical heritage is on point. Given that rock and roll appears to be in steep decline these days, it is refreshing to hear hard-hitting rock and roll pulling off the factory floor.

“Breadcrumbs” can be heard in its entirety on Spotify.