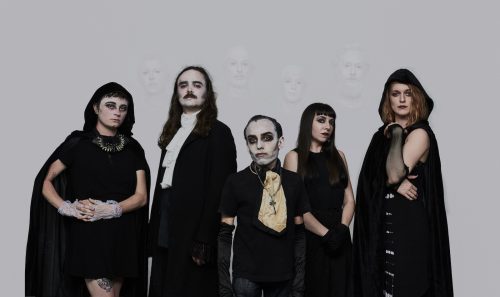 The last time we wrote about Thou, our headline read: “Thou Leads Doom Metal Cover of Nirvana’s ‘Something in the Way’.”

Two years later, the Louisiana metal quintet returns with another Nirvana cover, even more doom-y than the last. This time, they tackle “Where Did You Sleep Last Night?,” the song Nirvana learned from Leadbelly’s version (who called it “In the Pines”) and famously performed on MTV Unplugged. Even played on acoustic guitars, Nirvana’s version was plenty heavy, but Thou takes the word “heavy” to a whole other level. Over a thunderous nine minutes, they growl and roar over a wall of distorted guitars. This sort of death-metal vocal style (“Cookie monster” to its detractors) can turn off non-metalheads, but it proves a perfect fit for this song and this sound.

Listen below. It comes off a new benefit compilation called Riffs For Reproductive Justice, which you can get at Bandcamp (and features another cover: Redbait tackling Dead Kennedys’ “Nazi Punks Fuck Off”). All proceeds go to the National Network of Abortion Funds and the Yellowhammer Fund.