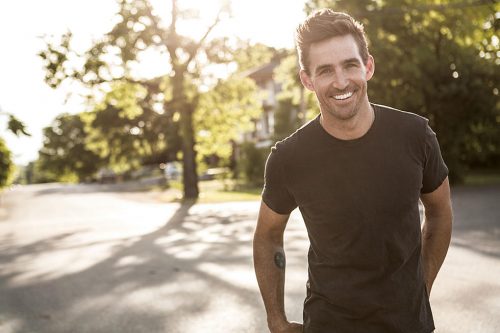 Jake Owen has been a fixture on the Nashville scene since 2006. His music is deeply rooted in ‘70s rock, but finely polished for mainstream country music radio. One of his hits, “Eight Second Ride,” tells the story of a boy who falls for a girl who is enamored by the size of his pickup truck tires and not turned off by his compulsive chewing tobacco habit. Owen recently made headlines by releasing a bluegrass cover of Cher’s “Believe” on Instagram in honor of Pride Month. “I Googled ‘gayest’ songs of all time and the boys and I decided to put our country spin on Cher’s ‘Believe,’” he wrote.

First released in 1998, Cher’s “Believe” catapulted the star back into the limelight several decades after her musical prime. A world-wide smash, I remember hearing it played everywhere from a paint-your-own-pottery studio in New Jersey to a discotheque in Perth, Australia (what I can say, it was an odd year). With its simple pop structure and easy-to-sing chorus, “Believe” has lent itself well to a number of cross-genre covers over the years. These include a punk version by Me First and the Gimme Gimmes and a slow ballad performed in Cher’s honor by American Idol star turned Queen-frontman Adam Lambert at the Kennedy Center.

Owen only posted an excerpt of his cover, clocking in at a mere 47 seconds. He recast the techno and auto-tune classic with a banjo and acoustic guitar, paying homage to the Grand Diva’s original by adding some echo to his backing vocals. His show of support for the gay community was enough to earn him a few negative comments online, including one from a fan who claimed she regretted having bought tickets to an upcoming show. “After all is said and done,” imagine what will happen when/if he releases the full song.