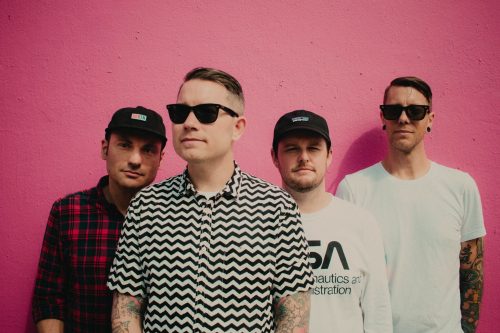 But here’s the weird thing: The band that has officially set the bar for stellar Musgraves covers of the future is not some hot thing in the bloom of youth, it’s the long-running, rock-with-a-pinch-of-emo band Hawthorne Heights.

Quirky, upbeat, and blue-skied, “Butterflies” is by far one of the most beloved tracks on Musgrave’s aforementioned Golden Hour. Though Hawthorne Heights stick to the basic blueprint on their new cover, they have also injected some wistful rain and pathos into the proceedings. It sounds like some long lost AM radio classic, the kind of song that America, the sweetest of all ’70s soft rockers, might have done. And Kacey Musgraves herself thinks it’s pretty cool. In fact the best way to wrap this up is to probably just to quote her own 2 word, all caps review on Instagram: “LOVE IT.”

Hawthorne Heights new EP Dads of Sad  features not only “Butterflies” but a version of Billie Eilish’s “8”. Girl Power, alive and well.