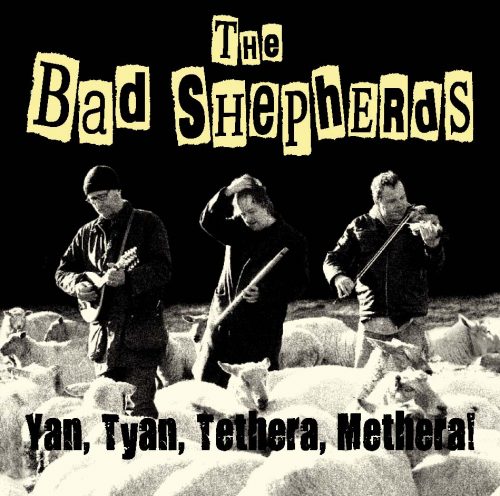 Two further records appeared in 2010 and 2013, based largely on the accolades given the project, with votes as best live act at the BBC Radio 2 Folk awards in 2010, and the same for Spiral Earth, a website devoted to music festivals of all genres, in 2012. But it is this first recording that hits hardest the spot as a cover classic, the choices of songs being exemplary and the performances uplifting.

The Bad Shepherds – Up the Junction (Squeeze cover)

With deceptively slight vocals, conveying perfectly the pathos of the song, the arrangement is suspended between the simplicity of the strumming of the mandolin and the richness of the pipes.

Again, it is the pipes that do most of the heavy lifting, almost making you believe that this could be a traditional air from County Kildare.

Embraced by a pair of traditional tunes, it takes a moment before the Undertones take hold, swept aside by memories of Thin Lizzy’s “Whiskey in the Jar,” itself a traditional tune, the two tunes vying for attention ahead of a fiddle breakdown.

Translated into English English, does this work? Mindful of acoustic Led Zeppelin (think “Thank You” as it opens), this may be how David Byrne might have turned out had he left his birth town of Dumbarton, in Scotland, for Bradford, Yorkshire, UK, home of Edmondson, rather than for Canada and the the U.S.

1. I Fought the Law */ Cockers at Pockers  (*Bobby Fuller Four cover)
2. Down in the Tube Station at Midnight (Jam cover)
3. Rise (P.I.L. cover)
4. Whole Wide World* / Hag with the Money (Wreckless Eric cover)
5. The Model (Kraftwerk cover)
6. Humours of Tullah / Teenage Kicks */ Whisky in the Jar / The Merry Blacksmith (*Undertones cover)
7. Once in a Lifetime* / Pinch of Snuff  (*Talking Heads cover)
8. London Calling* / Manchester Calling / Monaghan Jig (*Clash cover)
9. Up the Junction (Squeeze cover)
10. Yan Tyan Tethera Methera: Fraher’s jig / Coppers & Brass / The Old Bush / Rip the Calico
11. God Save the Queen* / Mountain Road (Sex Pistols cover)
Cover Me is now on Patreon! If you love cover songs, we hope you will consider supporting us there with a small monthly subscription. There are a bunch of exclusive perks only for patrons: playlists, newsletters, downloads, discussions, polls - hell, tell us what song you would like to hear covered and we will make it happen. Learn more at Patreon.