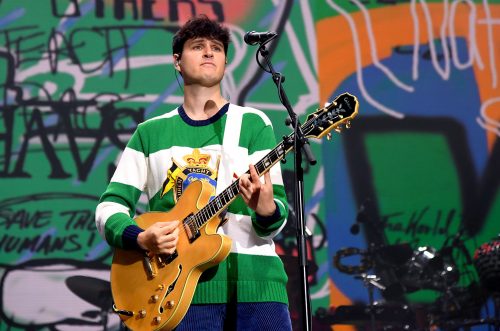 Vampire Weekend is currently on tour in support of their new album Father of the Bride. During a recent concert in Indianapolis, the band took a surprise turn in the middle of their song “M79,” playing the theme from Parks and Recreation. The vibe of the theme song is completely in harmony with that of Vampire Weekend so the transition was seamless, and the crowd loved the reference to the fictional town of Pawnee, Indiana.

The location wasn’t the only connection, either. Vampire Weekend frontman Ezra Koenig and actress Rashida Jones, who played Parks and Rec’s “poetic and noble land mermaid” Ann Perkins, are a couple. While we don’t expect a cover of Andy Dwyer’s epic “5,000 Candles in the Wind” anytime soon, the quirky and improvisational nature of this tour would suggest that more surprises are in store.